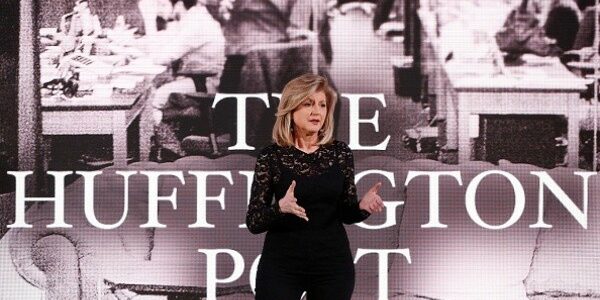 Inspire Your Audience With These Top Business Keynote Speakers!

Booking business keynote speakers for your event in the next 12 months and don’t know where to start? Maybe you’ve had success in the past but feel like you’ve run out of speaker ideas and so has your speaker booking agency. Well you’re in luck! Our team of researchers at Celebrity Speakers Bureau are following the latest updates in recent events, speaker feedback and have created a list of the top 10 male and female business keynote speakers available for your next corporate conference, business summit, internal meeting or special event.

This week, we aimed to deliver a list that highlights the brightest minds across a variety of industries and personal backgrounds that are leading the world forward in 2016. Each of these keynote speakers listed below have been praised for their ability to deliver a message that inspires listeners to take action, plan for the future and envision success in a new light. Click on the name of each speaker to find out more information:

Jack Welch: Jack is a renowned business titan and motivational keynote speaker who worked as the CEO of General Electric for over 20 years.

Steve Wozniak: Steve holds a special place in the history of technological innovation as a co-founder of Apple and is a sure-fire marquee name to entice attendees at your next event.

Peter Thiel: Peter is a thought leader in brand building after co-founding PayPal and signing on as the first outside investor of Mark Zuckerberg’s global social media platform Facebook.

Richard Branson: Richard is the creator of the Virgin Group whose casual yet focused approach to work and life makes for an enjoyable discussion with business executives at every level.

Mitch Lowe: Mitch is a considered a forefather of the modern entertainment industry having co-founded Netflix and worked as the President of RedBox.

Marcus Lemonis: Marcus is a celebrated entrepreneur, investor and star of CNBC’s The Profit whose 3 principles to creating a successful business are people, process and product.

Daymond John: Daymond is the creator of the popular clothing brand FUBU and other successful business ventures who can be seen investing in the latest startups on ABC’s Shark Tank.

Brian Smith: Brian is the founder of UGG Australia, the global sheepskin boot brand that he started with just $500 in startup money.

Kevin O’Leary: Kevin is the straight-shooting Shark Tank investor whose reputation as a savant in sales and execution has made him one of the most requested keynote speakers in 2016.

Ben Casnocha: Ben is a talented young entrepreneur who worked alongside Reid Hoffman at LinkedIn and co-wrote 2 NY Times bestselling books with the LinkedIn CEO.

Arianna Huffington: Arianna is the founder and editor-in-chief of The Huffington Post who is considered one of the greatest female figures in media today.

Sara Blakely: Sara is a role model for women in business after creating her own billion-dollar business Spanx from the ground up.

Tory Burch: Tory is the iconic fashion designer behind the Tory Burch franchise and currently sits at #73 on Forbes’ list of The 100 Most Powerful Women.

Candice Galek: Candice is the 28-year-old INC. magazine columnist and CEO and founder of BikiniLuxe, one of the biggest online hot spots for luxury bikinis and swimwear.

Alexandra Wilkis Wilson: Alexandra is a queen in the fashion & beauty industry after co-founding the online shopping company Gilt Groupe and now serving as the CEO of GlamSquad.

Beth Comstock: Beth is a former biology major turned marketing genius who serves as the Vice Chair of General Electric and sits on Nike’s Board of Directors.

Judy Smith: Judy is a crisis manager expert and CEO of Smith & Company who serves as the real-life inspiration of Kerry Washington’s character in ABC’s hit TV series Scandal.

Barbara Corcoran: Barbara is the founder of her own real estate empire and Barbara Corcoran Venture Partners who also appears as a featured investor on Shark Tank.