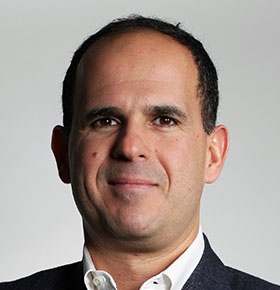 Business Speaker Marcus Lemonis is the chairman and CEO of Camping World and Good Sam Enterprises. He is famous for being the star of The Profit, a CNBC reality show where Lemonis invests in failed businesses to turn them around.

In 1997, Business Speaker Marcus Lemonis held several sales and managerial roles for AutoNation. In 2001, he decided to venture into entrepreneurship, becoming the CEO of Holiday RV Superstores Inc. Two years later, he co-founded a company called FreedomRoads, a multistore retail chain which performs selling, finance, and service of new and used recreational vehicles. In 2006, he merged this company with Camping World after becoming CEO of this organization. Four years later, he consolidated Camping World with Good Sam Enterprises. In 2011, Lemonis was named the Chief Executive Officer and President of Good Sam Enterprises. Lemonis has remained Chief Executive Officer and President of Camping World since 2006 and of FreedomRoads since 2003. In addition to his own businesses, Marcus travels the country to share his wisdom with others as a keynote speaker for business conferences and leadership events.

Under Lemonis’ leadership, Good Sam Enterprises was expected to earn $3 billion in 2013. In addition, Camping World plans to expand to over 115 locations. Lemonis’ company is the single-largest RV and camping company in the world. As Chairman and CEO of Camping World and Good Sam Enterprises, Lemonis leads close to 6,000 employees in over 100 United States cities. In addition to his RV business, Lemonis has become an owner in ONE Foods, a family-owned manufacturer of certified organic and kosher and non-GMO gluten-free snacks.

Outside of his own business work, Business Speaker Marcus Lemonis has helped several troubled businesses. In 2012, Rose’s Bakery & Wheat Free Café was set to close when Lemonis stepped in with a major investment that kept the business open. Not only did he save the business, but he Rose’s Café and Bakery opened a second location under his guidance. Lemonis has won a number of awards, including RV Business Magazine’s “Newsmaker of the Year” in 2007 and Crain’s Chicago Business 40 under 40 list in 2005. In 2008, Ernst and Young named Lemonis Entrepreneur of the Year. Lemonis has appeared on two episodes of NBC’s Celebrity Apprentice and one episode of ABC’s Secret Millionaire.

In 2013, Lemonis became the star of the CNBC show The Profit, a show in which Lemonis helps turn around failed businesses. Beyond his business work and television appearances, Lemonis is very active in philanthropy, supporting the Joffrey Ballet and Zacharias Sexual Abuse Center. In 2013, Camping World and Good Sam launched Project Good Samaritan, which requires employees to volunteer 32 hours per year to causes that are meaningful to them.