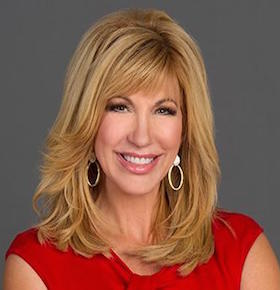 Business Keynote Speaker and pop culture icon Leeza Gibbons is an Emmy Award winning American TV journalist and host. She currently co-hosts the TV news magazine show America Now with Bill Rancic as well as the PBS TV news show My Generation. In 2015, Leeza won season 14 of Celebrity Apprentice, beating out the likes of fellow TV journalist Geraldo Rivera, Olympic Gold Medalist Shawn Johnson and Real Housewives of Beverly Hills star Brandi Glanville to name a few. Leeza was the featured Keynote Speaker at the 2015 Professional Businesswomen of California Conference. She is a successful entrepreneur who has proved there is nothing she can’t do!

Her career in the public eye began as a TV journalist. She worked her way up to co-hosting duties on TV news programs including Entertainment Tonight and Extra before hosting her own syndicated talk show, Leeza, from 1993-2000. It was around this time that Leeza began thinking about other career goals she wanted to accomplish. She released her own mineral make up line later that year with Guthy-Ranker called Sheer Cover and that was only the start. Both her mother and grandmother suffered from Alzheimer’s Diseases which prompted Leeza to start the Leeza Gibbons Memory Foundation to support family caregivers. The foundation has blossomed into two effective programs called Leeza’s Place and Leeza’s Care Connection that emotionally and financially support family caregivers who are looking after their loved ones.

In 2009, Business Keynote Speaker Leeza took to pen and paper to share her experiences as a family caregiver.

She wrote Take Your Oxygen First: Protecting Your Health and Happiness While Caring for a Loved One with Memory Loss. The book helped remind family caregivers to take care of themselves in order to be better suited to take care of their loved ones. In 2012, Leeza wrote an inspirational book titled Take 2. This guide to personal growth was created to help people find the courage to reinvent themselves time and time again to be successful. The book was a New York Times bestseller. 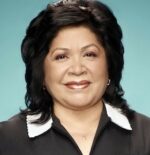