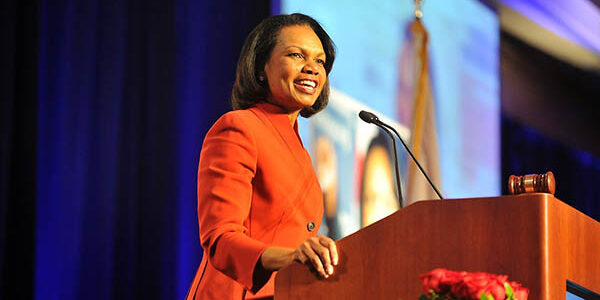 Top Political Speakers are hot off the press! As is the case with the inauguration of any new President in the United States, the American people have social issues, government actions and the future of our great nation on their minds. It should come as no surprise that top political speakers are some of the most in-demand keynote speakers on the speaker circuit right now. We’ve put together a list of the top trending political keynote speakers available for speaking engagements and personal appearances at your next corporate conference, college speaker series or special event.

Take a look at these political speakers for hire: 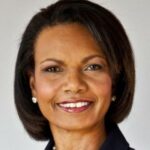 Condoleezza Rice: As many well know, Condoleezza was the first female African-American ever to serve as U.S. Secretary of State and the first female National Security Advisor to the President. She has since returned to her alma mater to continue to educate the next generation as a professor and director of the Stanford Graduate School of Business Global Center for Business and the Economy. Today, Condoleezza is speaking at the University of San Francisco discussing how our nation can build for a positive future and the current state of the union. She is an empowering political figure whose poignant messaging resonates with younger and older audiences alike at national conferences, leadership summits, and college speaker series.

Van Jones: While he may not agree with President-elect Trump’s plan for America, CNN political pundit Van Jones has been outspoken in urging the nation to unify under the principles of love, acceptance, and understanding. He is a calm voice of reason in an otherwise wild west of political banter that is full of argumentative sentiments. If you haven’t seen his recent speech at the Women’s March in D.C. last weekend it’s a must watch! (Watch Here) As a keynote speaker for events, Van has a wealth of knowledge to share with audiences on topics including the economy, environment, and social justice. 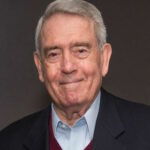 Dan Rather: Veteran journalist and former CBS News anchor Dan Rather wants news with guts. By that he means showing no favorites, pulling no punches and delivering news of integrity that’s rooted in the truth and not “alternative facts”. His own media company News And Guts is now becoming a top source for unbiased, informative reporting online. Dan’s career in journalism spans six decades and has given him a unique perspective on past and current world events. He is an entertaining keynote guest speaker who most recently has been hired as the featured keynote speaker for the American Red Cross of Texas Gulf Coast’s Wrapped in Red Luncheon to be held in March. 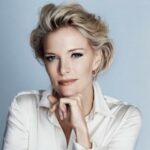 Megyn Kelly: Settle for More. That’s the title of Megyn Kelly’s bestselling memoir published in November and the message she is preaching to others as an inspirational keynote speaker at women’s conferences, business forums, and leadership events. Megyn’s determination, honesty, and fortitude has challenged the status quo in news media and made her one of the most well-known and respected journalists in the field. Megyn’s latest keynote speech came at The Hollywood Reporter’s annual Women in Entertainment Breakfast in December. She focused her speech on discussing equality in the workplace as well as on the campaign trail. 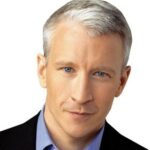 Anderson Cooper: Just 11 days after the inauguration of our new president, CNN’s leading man, and award-winning journalist Anderson Cooper will be visiting Bucknell University to deliver the keynote speech at the annual Bucknell Forum Speaker Series on January 31st. Anderson will be discussing the current state of American politics followed by a moderated Q&A session going more in-depth on specific issues. Anderson is easily one of the most visible and influential members of the news media which is why he’s also one of the top political speakers requested for corporate events and college speaker series. 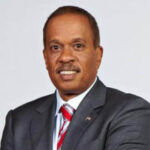 Juan Williams: Longtime Fox News correspondent and esteemed journalist Juan Williams has recently been announced as the headlining keynote guest speaker for The American Farm Bureau Federation’s 2017 Farm Bureau Advocacy Conference in late February. The goal of the conference is to encourage industry workers to get involved with local legislators and educate themselves on the policies that are directly affecting the farming industry. Juan is unflinching in his dedication to informing and challenging the public when discussing the major issues in American today. He brings that same approach to personal appearances as a keynote speaker, connecting and communicating with his audience on a personal level.

Greta Van Susteren: ­­­­­­Greta has appeared as one of the highest-rated anchors on Fox News for the last decade before her recent move to NBC where she now anchors the 6 P.M. weekday edition of NBC News. She is also the host of her own show on MSNBC called For the Record with Greta which debuted on January 9th. In October, Greta was hired as a featured keynote speaker for the Million Women Mentors Summit & Gala held annually in the nation’s Capital. She is an empowering female voice in news and politics whose background as a criminal defense and civil trial lawyer serves her well in dissecting the public policies and social issues at hand. 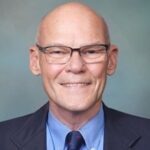 James Carville: James rose to political fame as the mastermind behind Bill Clinton’s successful presidential campaign back in 1992. He has since become a familiar political pundit on TV, sharing his insights as a host and guest commentator on CNN, NBC, Fox News and other major news networks. He is married to fellow political advisor Mary Matalin and the duo are often hired to speak together at corporate conferences and speaker series. James and Mary are speaking at a special charity speaker session at Southern Methodist University today to debate and discuss the 2016 Presidential Election and the future of the United States. James knows the highs and lows of a life in politics and he brings a tremendous energy to any event he keynotes.

Mika Brzezinski: Mika shares her thoughts on the latest turn of events in politics every weekday as the co-host of Morning Joe on MSNBC with Joe Scarborough. Away from the news desk, Mika has been a hit at leadership summits, college speaker series and women’s conferences encouraging audiences to educate themselves, know their value and discussing women’s equality in the workplace. The University of Rochester hired Mika in early October of last year to keynote their annual speaker series for students, parents, faculty, and alumni. Mika won’t hold back when discussing the real issues at hand and the ways that the public can help shape their own futures and the future of America. 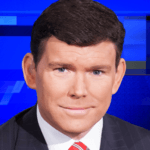 Bret Baier: Chief Fox News anchor and family man Bret Baier rounds out our list of the top political speakers available for hire for your events in 2017. Bret was just booked as a keynote speaker for a special event in Washington, D.C. on January 17th to discuss his latest NY Times bestselling book on Dwight Eisenhower’s final days in office. He is very well-versed in the history of our great nation and has been on the front lines of many breaking news stories over the course of his long career in news media. His exciting stories and personal insights on today’s political climate are sure to be a hit with your audience.