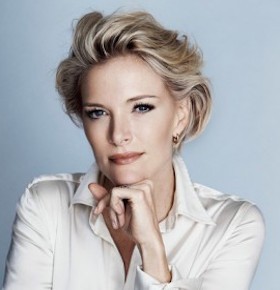 Political Speaker Megyn Kelly is a celebrated journalist for Fox News Channel. She currently hosts her own weekday talk show on the network called The Kelly File in which she provides news analysis on breaking stories, investigative reports, and interviews with fellow news journalists and thought leaders. In 2014, Megyn was named to Time Magazine’s annual list of the 100 most influential people in the world. She has a wide reputation for doing her due diligence as a reporter to keep interviewees from dodging questions. Megyn reports with strength and conviction and has become a role model for other women in journalism.

Political Speaker Megyn Kelly studied political science at Syracuse before earning her J.D. from Albany Law School in 1995. She worked in law offices in Chicago and Cleveland before moving to Washington, DC in 2003. She began working as a general assignment reporter for a local ABC affiliate and helped cover the 2004 presidential election. It was during that year that she landed the big job as a reporter and guest contributor for Fox News.

Her background in political science and law served her well as she began to build her career as a news reporter and anchor. Megyn began hosting her own legal segment called Kelly’s Court during the Weekend Live program. In 2010, Megyn was given the reins to her own 2-hour special called America Live. The show averaged a whopping 1,200,000 viewers an episode. After returning from maternity leave in 2013, Political Speaker Megyn Kelly introduced The Kelly File show into the Fox News rotation.

In August of 2015, Megyn was appointed as one of the moderators of the first Republican Presidential Debate of the year being held in Cleveland. During the debate, Megyn was praised for going on the offensive for women when she pressed Donald Trump on his documented, unacceptable comments towards women he does not like.