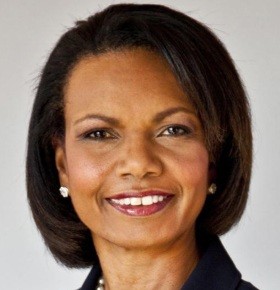 Political Speaker Condoleezza Rice is a renowned politician and inspirational figure for women who served as the 66th Secretary of State under President George W. Bush from 2005-2009.

She made history as the first female African-American to hold this position in government and only the second female to do so following Madeleine Albright. Before accepting the position, Condoleezza served as Bush’s National Security Advisor from 2001-2005. Condoleezza now travels the country as a keynote conference speaker, recently appearing as the headlining speaker for the NFL’s first Women’s Summit.

Condoleezza grew up in Alabama during a time when segregation was very much still a part of everyday life. After her family moved to Colorado, she attended the University of Denver where she found an initial interest in international relations. After obtaining her masters from Notre Dame, Condoleezza interned for the State Department during the Carter administration.

During the 80’s and 90’s, Condoleezza would serve as an associate professor and Provost at Stanford University while also working on the board of directors for companies including Chevron, Hewlett-Packard and Transamerica Corporation. Throughout her career as a teacher and political leader, Condoleezza has earned a reputation for being a great decision-maker.

After finishing up her work with the Bush administration in 2009, Condoleezza returned to Stanford University as a political science professor where she had worked previously as an assistant professor from 1981-1987. She was promoted to associate professor in 1987 and served as Provost from 1993-1999. The following year she joined the Stanford Graduate School of Business as the director of the Global Center for Business and Economy.

An avid golfer, Condoleezza broke more barriers for women in 2012 when she was the first female member accepted to the revered Augusta National Golf Club. In 2013, she was selected to be 1 of 13 inaugural members of the College Football Playoff Selection Committee. 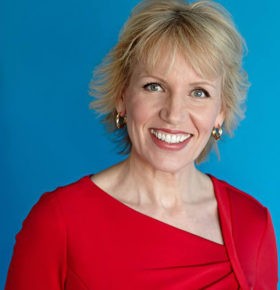