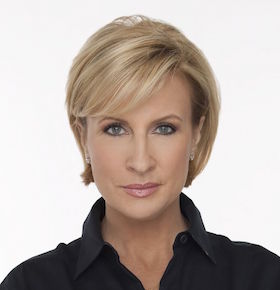 Keynote Speaker Mika Brzezinski is a celebrated TV host and journalist. She is currently the co-host of Morning Joe with Joe Scarborough, a weekly morning news broadcast on MSNBC. In 2010, Mika published her first book, All Things at Once, a motivational book to help women tackle professional and personal challenges. The book quickly became a New York Times bestseller. She released her second book in 2011 titled, Knowing Your Value: Women, Money, and Getting What You’re Worth. Business and organizations often hire Keynote Speaker Mika for women’s conferences and other events. In 2015, Mika was chosen as the featured Keynote Speaker for the Women in Business Leadership Conference, Luncheon, and Health & Wellness Fair.

Keynote Speaker Mika Brzezinski began her career in the news as an assistant at ABC’s World News This Morning. She soon left for a Fox affiliate news station in Hartford, Connecticut where she was an assignment and features editor and general assignments reporter. In 1992, she moved over to the CBS affiliate news station in Hartford where she appeared as a weekday morning anchor. In 1997, Mika joined CBS network news, working as a correspondent and anchor for the Up to the Minute news program. In 2000, Keynote Speaker Mika Brzezinski joined MSNBC’s HomePage alongside anchors Gina Gaston and Ashleigh Banfield. Returning to CBS in 2001, Mika served as the principal Ground Zero reporter during the September 11, 2001 attacks. Following her career breakthrough, Mika contributed to CBS Sunday Morning and 60 Minutes.

Returning back to MSNBC, Mika served as an anchor for Up to the Minute news while also reporting for MSNBC Live and NBC’s Weekend Today. In 2007, Mika was selected by Joe Scarborough to join him as the co-host on Morning Joe. Since co-hosting the show, Mika has been known for standing up for herself and questioning the reporting of trivial news reports.