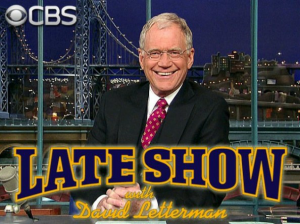 Late night TV is undergoing both a nostalgic yet exciting changing of the guard given the retirement of industry veteran Jay Leno and now the most recent announcement from CBS that Stephen Colbert will take over The Late Show for longtime host David Letterman. Letterman had told viewers that after 22 years as host he would be retiring from the show sometime in 2015 but no one was sure who the replacement would be or when the news would come. Rumors had swirled that Neil Patrick Harris and Jon Stewart were also potential candidates but the network chose to go with Stewart’s protégé at Comedy Central. Colbert signed a five year deal but the network has yet to name specific details about production and location of the show.

The late night sector of TV has evolved over the years and what was once a nationwide source for news and comedy has turned into cult-followings of a certain demographic for each host. In the wake of the late Johnny Carson’s retirement, Letterman looked to be a shoe-in for host of The Tonight Show for NBC, but when the company chose Jay Leno instead Letterman was determined to find his place in the industry and own it. He was in his prime and his management took advantage of that, so when he signed his lucrative deal with CBS as the new host of The Late Show in 1993 he not only signed for a huge salary but had 100% ownership of the program from top to bottom. No one in late night TV will probably ever be able to secure a deal like this again and Letterman’s keen eye for seizing opportunity set the standard for the up and coming late night TV hosts. Letterman’s show is iconic. From Drew Barrymore’s birthday dance on top of his desk, to guest appearances from Anderson Cooper, Breaking Bad star Bryan Cranston, Olympic Gold Medalist Sage Kotsenburg and so many more, anyone who is anyone has been on his show; it’s a rite of passage in the entertainment industry.

Yet Stephen Colbert is a brilliant choice to replace Letterman given his already immense following and his hilarious improv techniques that boosted the ratings of The Colbert Report. Letterman was the king of maintaining laughable banter in an interview setting and Colbert’s improvisational skills will likely help him thrive in his efforts to fill dead air. What sweetens the deal for CBS is the added bonus that a seasoned, relevant host like Colbert could provide for the network’s award shows coverage and special programs. Somewhere left in the wake of all this late night moving and shaking are Jimmy Kimmel, Conan O’Brien, and Late Late Night Show host Craig Ferguson who was last reported to be in new contract negotiations with CBS. Many believed we might finally see a woman such as Chelsea Handler or the daytime TV legend Ellen DeGeneres get their shot at late night TV but the cable network wasn’t ready to move in that direction just yet. However, with Colbert’s seat now soon to be empty at Comedy Central a move to shake up late night TV would be nothing new for them. They benefit from avoiding the normal typecasting that takes place at major networks and could take the chance on DeGeneres or someone like Daniel Tosh who has already become a popular act on the network. No matter how the face of late night TV changes, kudos to David Letterman on his incredible run and a career that will most certainly stand as a model for late night hosts to come.