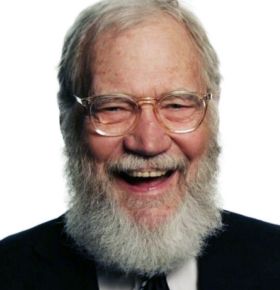 Late night talk show host, comedian and Celebrity Speaker David Letterman hosted the show Late Show with David Letterman on CBS for over two decades before announcing his retirement in 2014.

Letterman was nominated for 59 Primetime Emmy Awards over his career on the show, 5 of which he won in the Outstanding Variety, Music or Comedy Series category for Late Show with David Letterman. He earned the opportunity to host the Academy Awards in the mid-nineties, a role usually reserved for Billy Crystal. David also appeared on numerous other television programs throughout his career including CBS This Morning, Seinfeld, Late Night with Conan O’Brien, E! True Hollywood Story, Extra, Howard Stern, Anderson Cooper 360 Degrees, the Rachael Ray Show, The Oprah Winfrey Show, ABC’s The View, Piers Morgan Tonight, The Charlie Rose Show, Late Night with Jimmy Fallon, The Tonight Show with Jay Leno, and countless others.

Celebrity Speaker David Letterman is not only an on camera talent, he is also a TV and movie producer. In the early nineties he founded his production company, Worldwide Pants, which he continues to own and operate today. Worldwide Pants produced such talk shows as The Bonnie Hunt Show, The Late Late Show with Craig Ferguson, and continues to produce Late Night with David Letterman. Worldwide Pants also produced the NBC TV series Ed which starred tom Cavanagh and Julie Bowen, as well as the very successful award winning television sitcom, Everybody Loves Raymond, which launched the careers of actors Ray Romano, Doris Roberts, and Patricia Heaton.

In April of 2014, Celebrity Speaker David Letterman announced on air that he would be retiring the following year. One week after his announcement, CBS broke the news that Steven Colbert would be signing on to replace Letterman in 2015. The last episode of The Late Show with David Letterman aired on May 20, 2015. Letterman will go down in history as one of the first late night hosts to set the foundation for those who will follow.