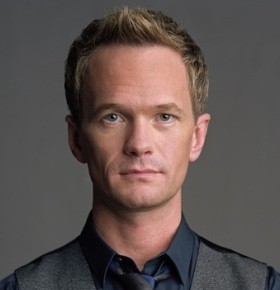 American funny-man and Celebrity Speaker Neil Patrick Harris has been firing off rib-tickling one liners and hilarious monologues since his days as Doogie Houser in the early 90’s series Doogie Houser M.D., and his recurring role as Barney Stinson on the hit CBS sitcom How I Met Your Mother further solidified his reputation amongst audiences and critics alike. Neil is also affectionately known for his role as himself in the Harold & Kumar movie trilogy that released the third film A Very Harold & Kumar 3D Christmas in 2011. Neil has been recognized by Time magazine as one of its 100 most influential people and has taken his comedic act to the stages of some of the film and TV industry’s top awards shows including 4 Tony Awards ceremonies and 3 Primetime Emmy Awards.

Celebrity Speaker Neil made a breakthrough in his career after being nominated for a Golden Globe in his film debut in the 1988 film Clara’s Heart, starring Whoopi Goldberg. He would the star in a host of made for TV films as well as The Next Best Thing, Starship Troopers, and Undercover Brother.  Neil has been utilized as a talented voice over actor in films such as Cloudy with a Chance of Meatballs and Cats and Dogs: Revenge of Kitty Galore. Following his work on the Harold & Kumar trilogy in 2011, Neil took on the role as the main character Patrick Winslow in The Smurfs and Smurfs 2. An active lover and member of theater production, Neil has starred and directed multiple theater productions and his role as the Emcee in the 2003 Broadway representation of Cabaret was critically-acclaimed and well received by the public. Neil’s breakout performance as the single, rambunctious friend on How I Met Your Mother helped to earn the actor 2 People’s Choice Awards for Favorite TV Comedy Actor.

Celebrity Speaker Neil received a Daytime Emmy Award for his appearance on the hit TV series Glee and 3 other Emmy Awards for his hosting performances at the 63rd, 64th, and 65th Tony Awards.