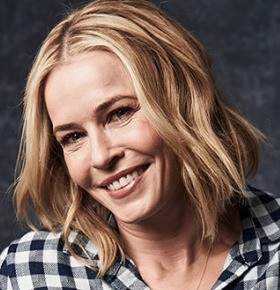 After moving from her hometown in New Jersey to Los Angeles in pursuit of a career in acting, Chelsea opted for stand-up comedy at age twenty one. Her outgoing personality and strong desire to find comedy in any situation earned Handler her own late night talk show in 2007 called Chelsea Lately which continues to air nightly on E! Entertainment Television. In 2011 a second spin-off series called After Lately premiered on E! Network; the show follows the writers, crew, and cast members of Chelsea Lately, giving viewers a behind the scenes look at how the staff of comedians work together to produce the late night talk show. Several A-List celebrities have participated in the mockumentary, including Jennifer Aniston, Reese Witherspoon, Sandra Bullock, Tori Spelling, Jane Fonda, Johnny Knoxville, and many others.

Celebrity Speaker Chelsea Handler is also a very successful author. She has written five New York Times Best Sellers, three of which debuted in the #1 spot of the prestigious list, including her first book, My Horizontal Life: A Collection which was published in 2005. She released her next book, also a #1 New York Times Bestseller, Are You There Vodka? It’s Me, Chelsea in 2008, followed by Chelsea Chelsea Bang Bang in 2010 and Lies That Chelsea Handler Told Me, in 2011, and Uganda Be Kidding Me in 2014. Chelsea has received rave reviews for each of her books from such readers including fellow late night talk show host Jay Leno,  bestselling author Jennifer Weiner, and writers at the New York Post and New York Times.

Celebrity Speaker Chelsea has appeared in many acting roles throughout her career as well. She has played characters on such television shows as The Practice, My Wife and Kids, Reno 911!, and Whitney, as well as the 2012 motion picture, This Means War, where she joined co-stars Reese Witherspoon, Chris Pine, and Tom Hardy.