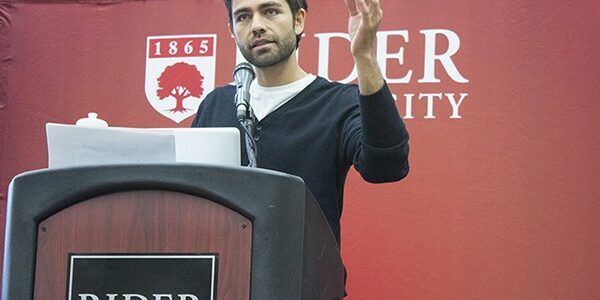 HBO vs. Cable TV Stars: Which Celebrity TV Star Speaker Should You Hire?

Over the years, the revolution of the TV and the way it is consumed has changed immensely since those early days of a few channels tiny black and white screens. Now couch potatoes and the working world alike often have literally thousands of channels to choose from and this onslaught of options has allowed for a new breed of celebrity. It wasn’t long ago that Jerry Seinfeld and his gang were the talk of every town and Friends marathons were almost a religious experience, yet now it seems the general public has shifted their focus to a new wave of premium TV series and their exceptional casts.

Home Box Office (HBO) first launched in 1972, and now the network boasts some of the most watched shows on television in the last decade. Could it be that these new TV stars are more coveted for meet and greets and appearances than our old cable TV favorites? With the overwhelming wave of popularity that previous and current HBO TV series have and are generating in popular culture, we think it’s time to reevaluate the relevance of these HBO TV stars. Maybe you don’t remember that Sex & the City was originally an HBO series before hitting cable TV for re-runs. Look at Sarah Jessica Parker and Kim Cattrall now; star HBO actresses who went on to star in major motion pictures including the movie adaptation and sequel of their hit HBO series.

The truth is, audiences want their comedy or drama uncensored just like their daily lives, and this is an element that most cable TV shows cannot utilize till the late night hour. Even then they may have limitations that HBO dodges with their standard rated NR/AO message at the beginning of their uncensored broadcasts. It’s those unbridled and unrestricted on-screen portrayals that truly engage audiences and allow them to make personal connections with the cast members as the plot thickens with each new episode and season.

What would Entourage’s hilariously unstable agent Ari Gold be without his vulgar flair? Actor Jeremy Piven can chalk up his recent rise in popularity for appearances and additional career opportunities to this pivotal role he played in the show and the upcoming movie would be nothing without the resurrection of his iconic HBO character. The 7 season series wrapped up in 2011 but is being adapted into one of the hottest movies set to release in the spring of 2015 and will feature the familiar faces of all its talented cast members highlighted by Adrian Grenier, Kevin Connolly and Jerry Ferrara. The move to the big screen for all the actors involved will surely reignite the Entourage craze in pop culture and in turn elevate the cast’s booking appeal for meet and greets and appearances.

Easily the most popular show in TV land right now, HBO’s Game of Thrones boasts a star-studded cast of celebrity speakers including Emilia Clarke, Lena Headey, and Peter Dinklage among other talented stars. The show has broken previous viewing records held by the finale of the classic HBO drama The Sopranos and even illegal downloading records for a TV show. While we don’t condone piracy, these facts should clue you in to just how much this show is overwhelming popular culture. Just this week it was announced that the show has now spawned a new line of “Wines of Westeros” soon to be available to the public. Off-screen, Lena’s warm, giggly personality lights up a room and contrary to the tyrannous character he portrays in the show, Peter doubles as husband and doting father to his wife and 2 year-old daughter Zelig. These stars are intriguing individuals and the perfect TV celebrity to book for a future meet and greet or appearance.

Each appearance, each event, each fundraiser is different; but when presented with the difficult task of deciding which TV star speaker to hire for your next function, it might be time to consider the talented cast lists from some of TV’s most watched shows to date on HBO.