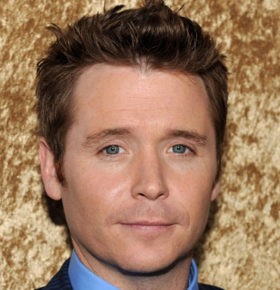 Celebrity speaker Kevin Connolly is an American actor and director who is best known for his role as Eric Murphy on HBO’s hit television series Entourage. He has also starred in the 1990s television sitcom Unhappily Ever After, as well as mainstream films including The Notebook and He’s Just Not That Into You. The comedic series finale for Entourage was in 2011, but the cast hasn’t separated quite yet. The cast and crew of the upbeat show are currently filming the movie Entourage, which will premiere in June 2015.

Connolly has also taken an interest in directing, and his directorial debut was six episodes of Unhappily Ever After, followed by two episodes of Entourage. The film Gardener of Eden premiered at the 2007 Tribeca Film Festival and was the first full-length movie that he directed. In 2013, among being a busy actor and director, Connolly managed to find time to be a documentary filmmaker of Big Shot, an ESPN 30 for 30 production.

The star, who was voted “most likely to be famous” in high school, has been nominated for numerous awards, namely for his role in Entourage.  These nominations include the Golden Globe Award for Best Performance by an Actor in a Musical or Comedy Television Series and the Satellite Award for Outstanding Actor in a Series. Connolly and his cast from the hit television series have shared two nominations for the Screen Actors Guild Award for Outstanding Performance by an Ensemble in a Comedy Series.

In addition to his all-star cast of Entourage, Connolly will act alongside NFL quarterbacks Tom Brady and Russell Wilson in the movie. His résumé includes work with other celebrities, such as directing a music video for rap artist The Game that featured R&B singer Ne-Yo. He was also a guest on Late Night with Jimmy Fallon, and has been an ambassador for Movember, a charity event with the goal of raising awareness of men’s health issues.