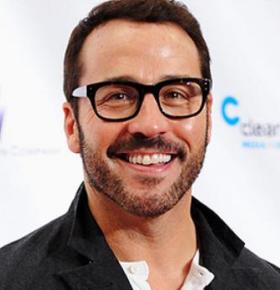 Celebrity Speaker Jeremy Piven is an American actor known for both his comedic ability and versatility.

Jeremy comes from a slightly unique upbringing in Evanston, Illinois. He attended the Piven Theatre Workshop as a child, owned by his parents, along with fellow celebrity actor John Cusack. This instilled Celebrity Speaker Jeremy’s love for acting at a ripe age, and would direct him towards his eventual career path.

Celebrity Speaker Jeremy Piven got his big break in 2004 when he was cast as the obnoxious and fast-paced Ari Gold in the HBO mega-hit Entourage. Ari Gold is the agent for the star of the show, Vincent Chase (Adrian Grenier), and he became a cult favorite amongst fans for his excessive use of vulgarity and insults. The character is based off of real-life talent agent Ari Emmanuel. Piven was an integral part of the show for all 8 of its seasons, and plans to be featured in the full-length film scheduled for released in 2015. Due to his performance in the show, Piven won 3 consecutive Emmy Awards from 2006-2008 for Best Supporting Actor as Ari Gold. Other than Entourage, Piven has been involved in a variety of other films. His other works include Smokin Aces, The Kingdom, and Runaway Jury.

Aside from his success on Entourage, Celebrity Speaker Jeremy Piven has been the star of other popular television shows.  The Travel Channel featured Piven in a series called Piven’s Journey of a Lifetime, which detailed his personal journey across India.  Saturday Night Live chose Jeremy as a host in 2007 during the peak of his Entourage stardom, and the musical guest for the edition was his good Common. Jeremy has also hosted a WWE Raw match in 2009 and is currently filming/acting for a show called Mr. Selfridge. Charity is also a large portion of Piven’s life as he supports 11 different charities. Recently he host the 4th annual Fashion Rocks event that benefits the Keep a Chile Alive organization which assists children affected by the HIV/AIDS virus in Africa.