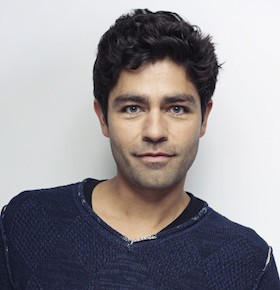 Celebrity speaker Adrian Grenier is an American actor, producer, director, musician and environmental activist. While in college, he made his acting debut in an independent film, Arresting Gena, and later transitioned to the big screen for the film Drive Me Crazy with Melissa Joan Hart in 1999. He has starred in other productions, including the independent film The Adventures of Sebastian Cole, the mainstream films A.I. and The Devil Wears Prada, and most notably the television series Entourage. HBO is currently in the process of filming the movie Entourage, which will be released in June 2015.

Entourage was nominated for multiple Emmy awards, including Outstanding Casting in a Comedy Series and Outstanding Comedy Series. Teenage Paparazzo, a documentary that Grenier produced, is critically acclaimed and includes many notable celebrities, including Alec Baldwin, Kevin Connolly, and Matt Damon.

In addition to acting, this celebrity speaker decided to pursue a career as a director and producer. Thus, he started Reckless Productions with a few partners in 2001. The company focuses on the production of socially minded films. Reckless Productions’ first film was Grenier’s directorial debut and it premiered at the 2002 Tribeca Film Festival. The filmmaker has continued this career while also working in the music industry. The star was previously in two bands, and in 2012 he created Wreckroom, which is a recording studio. Grenier refers to Wreckroom as a music incubator that supports emerging bands.

As an environmental activist, Grenier co-founded SHFT with business partner and fellow film producer Peter Glatzer. SHFT is a lifestyle brand that promotes sustainability through film, design, art and culture, both online and offline. The brand has partnered with numerous notable brands, including Ford Motor Company, Huffington Post, The Weather Channel, and others. The co-founders teamed up with Stone Barns Center for Food and Agriculture and created a mobile kitchen classroom in New York City that is designed to teach high school students about proper eating for personal and environmental health.  SHFT won two Webby Awards for the best website in its category.

The dynamic star’s hard work and community support continues through his involvement with philanthropies. He has supported Little Kids Rock and filmed a PSA for the national nonprofit that helps to restore music education in less fortunate schools. The caring filmmaker also supports Charity Water and hosted its inaugural Charity Water Ball.

Additional projects and businesses of Grenier include an app for iPhone and Android, and a craft beer company that he co-founded with Nike designer Justin Hawkins.