After graduating from high school, Kim Cattrall left Canada for New York City and attended the American Academy of Dramatic Arts and signed a five-year deal with director Otto Preminger and made her debut in Rosebud in 1975. In 1979 she had the lead in The Incredible Hulk and quickly made a name for herself. Kim began her transition to cinema by appearing opposite Jack Lemmon in the Oscar nominated movie Tribute.

Her next movies include Police Academy, Turk 182, City Limits, Big Trouble in Little China, Mannequin, and Star Trek VI: The Undiscovered Country. In 1997, Kim Cattrall was cast in the hugely famous Sex and the City on HBO. Her character, Samantha Jones and the other actresses, Sarah Jessica Parker, Kristin Davis and Cynthia Nixon gained international recognition. Eventually, she appeared on steamy TV commercials for Pepsi One and signed a book deal about sex. In 2008, Sex and the City was made into a movie and the sequel was released in May 2010. Both were box office hits. She has been named Honorary Fellow of Liverpool John Moores University for her contributions to the dramatic arts in 2010.

Kim’s other film roles include: Unforgettable, Where Truth Lies, Exception to the Rule, The Outer Limits, Invasion, Rugrats, Duckman, Baby Geniuses, Crossroads, The Devil and Daniel Webster, My Boy Jack, The Simpsons, and The Ghost Writer. Kim is an avid supporter to the following charities Aids Life, Clothes Off Our Back, Dress for Success, and Raisa Gorbachev Foundation. Kim Cattrall is available for speaking engagements, personal appearances, and endorsements.

TO WORK WITH KIM CATTRALL: Celebrity Speaker Kim Cattrall can be hired for endorsements and events in roles such as public speaker, autograph signings, SMT’S, and public relation campaigns. 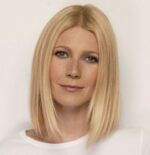 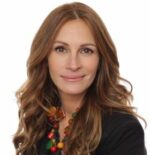 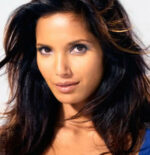