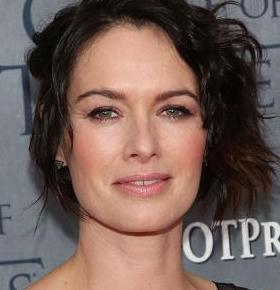 Celebrity speaker Lena Headey’s career as an actress has grown to embody elegance, beauty, and versatility.  Known for her portrayals of a wide range of characters in a variety of genres, Headey has seen her profile grow exponentially in the past decade.  Although she was born and raised on the paradise island of Bermuda, Lena was first discovered at the age of 17 after a performance at the Royal National Theatre.

Celebrity Speaker Lena’s path to stardom began with a number of smaller roles a feature films.  These roles included parts in films like The Jungle Book, Mrs. Dalloway, and Possession.  These somewhat minor roles laid the groundwork for her explosion in the mid-2000’s.  Her first two major parts were in the movies The Brother’s Grimm and 300.  Of the two, 300 became an enormous success and Lena was acclaimed for her beauty and performance in the film.  In 2008 Headey made the transition from film to television star, when she became the lead role of Sarah Connor in FOX’s Terminator: The Sarah Connor Chronicles.  While the series only lasted a couple of seasons, Lena had made her impression on the television community.  Her most prominent role to date began in 2011 as one of the lead characters on the HBO series Game of Thrones.  Lena plays the part of Cersei Lannister, who is one of the more complex and maniacal characters in the series.  Cersei represents beauty and cruelty in the series, and Headey does a magnificent job of capturing the intricacies of the character. Headley’s performance that has earned her two consecutive Emmy award nominations for Outstanding Supporting Actress in a Drama Series.

The celebrity speaker has appeared on the covers of TV Guide, G3, Sunday Mirror,  and Germany’s Filmstar. She ranked No. 64 on the Maxim magazine Hot 100 of 2007 list.

Aside from her on-screen career, the celebrity speaker has been involved with a variety of charity organizations.  Her personal involvement has been integral in raising awareness for organizations like Heroes at Home, National Mentoring Month, Mercy Corps, Bulgari Aid and PETA.