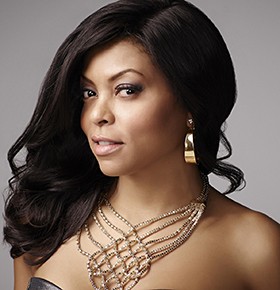 Celebrity Keynote Speaker for hire Taraji P. Henson is a celebrated actress and singer who rose to fame for her roles in the films Baby Boy and Hustle & Flow in the early 2000’s. She has since separated herself as one of the most humble, hardworking stars in the entertainment business earning a number of awards and nominations for her starring roles in many hit TV shows and films. Taraji currently stars in the overwhelmingly popular TV series Empire on FOX. In 2016, TIME Magazine named Taraji to their annual list of 100 most influential people in the world.

Taraji is an empowering figure for women all over the world. While many know her best for her leading roles on the big screen, Taraji’s personal story of overcoming abuse and raising her son as a single mother holds weight for any individual who has had to face difficult decisions that will alter the course of their life. In October of 2016, Taraji released a memoir titled Around the Way Girl which chronicles her journey to superstardom as a single mother including her rocky relationship with her son’s father and finding success in the entertainment industry as an African-American actress.

Taraji’s other notable film roles came in The Curious Case of Benjamin Button (for which she was nominated for an Academy Award), Date Night, The Karate Kid and Think Like A Man & Think Like A Man Too. In 2017, Taraji will appear in the film Hidden Figures which is set in 1960 and based on the lives of 3 African-American women who helped astronaut John Glenn reach space.