She is also a Chairman of the company’s global firm, Fidelity International. As an undergraduate in college, Business Speaker Abigail studied art history and went on to study business as a graduate student, receiving an MBA from Harvard. After graduating she did a quick stint as a consultant at Booz Allen & Hamilton but she eventually joined her family’s business, Fidelity Investments. She first worked as a portfolio manager but was promoted to an executive role in 1997. Since then she has worked in various executive roles for her family’s business.

According to Forbes Abigail Johnson has a net worth of $13 billion and is currently the 16th richest person in the United States.  She is involved in many charities in the Boston area and is considered one of the most powerful women in America. Abigail Johnson is available for speaking engagements, hosting and corporate appearances.

TO WORK WITH ABIGAIL JOHNSON: Business Titan Abigail Johnson can be hired for endorsements and events in roles such as public speaker, autograph signings, SMT’S, and public relation campaigns. 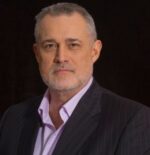