Reality TV Speaker and Singer George Huff is among the first male contestants and overall 5thplace finalist on the third season of American Idol. After Idol, he released an album by Word Records. His first single was Brighter Day and sold 18,000 copies and was featured in Tyler Perry’s movie Why Did I Get Married? starring Janet Jackson. In 2009, George released his self-titled album that included his lead single Don’t Let Go.

George Huff has performed more recently at West Virginia University and a Christmas show in Salinas, California. In 2011, he performed with Jennifer Hudson during the third week of finals of American Idol and since has been singing background vocals for many of Jennifer Hudson’s live performances. George Huff is available for autograph signings, hosting and corporate appearances.

TO WORK WITH GEORGE HUFF: Reality TV Speaker George Huff can be hired for endorsements and events in roles such as public speaker, autograph signings, SMT’S, and public relation campaigns. 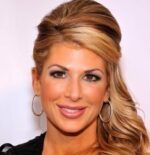 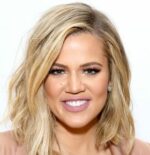