Producer and actor Michael Douglas starred and produced in the 1984 romantic adventure comedy Romancing the Stone which launched his name into fame. He starred next to Glenn Close in the horror thriller Fatal Attraction in 1987 and played Gordon Gekko in Wall Street and won an Academy Award for Best Actor. Oliver Stone directed Wall Street and Wall Street: Money Never Sleeps in 2010 as Michael reprised his role as Gordon Gekko.

Michael played beside Kathleen Turner in the 1989 film, The War of the Roses, also starring Danny DeVito. He appeared in many films over the years which include, Black Rain, Basic Instinct, Disclousure, Falling Down, The American President, The Ghost and the Darkness, The Game, A Perfect Murder, Traffic (future wife, Catherine Zeta-Jones also starred), and Wonder Boys. Michael Douglas has appeared in TV show Will and Grace which earned him an Emmy Award nomination for Outstanding Guest Actor in a Comedy Show. Michael played alongside Matt Damon in the 2013 film, Behind the Candelabra, in which he won an Emmy Award for Outstanding Lead Actor in a Miniseries or Movie, SAG, and a Golden Globe. Most recently, Michael was cast to play President Ronald Reagan in an upcoming historical drama based on the 1986 Reykjavik Summit.

In 1999, Michael married actress Catherine Zeta-Jones and have two children together. In 2010, Michael was told he had an advanced stage of throat cancer. After seven weeks of intense radiation and chemotherapy and had a complete response to therapy. On January 11, 2011 he announced that he was cancer free. Michael is active in promoting human rights and serves as a UN Messenger of Peace, he joined the project Soldiers of Peace in 2000. He is an advocate of nuclear disarmament and a support of Nuclear Age Peace Foundation. Michael Douglas is available for public relations campaigns, speaking engagements, and personal appearances.

TO WORK WITH MICHAEL DOUGLAS: Celebrity Speaker Michael Douglas can be hired for endorsements and events in roles such as public speaker, autograph signings, SMT’S, and public relation campaigns. 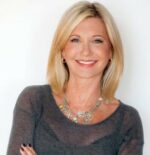 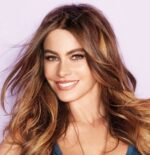