Former professional wrestler, Hulk Hogan had wide stream success and popularity in the mid 1980’s and early 1990’s as “The Hulk” in the World Wrestling Federation (now WWE). After the folding of the World Championship Wrestling, he made a short return to WWE in 2000.

In 2005, Hulk Hogan was inducted into the WWE Hall of Fame. He is a 12-time world heavyweight champion, six time WWF/WWE champion, six time WCW World Heavyweight Champion and a WWE World Tag Team Champion. Winner of the Royal Rumble in 1990 and 1991, he was the first to win two Royal Rumbles in a row. His first reign as WCW World Heavyweight Champion, Hulk Hogan held the title for 469 days. Hulk was awarded the 2008 King of the Krewe of Bacchus and has taken part with the Make-A-Wish Foundation, granting wishes for terminally ill children.

Opposite Hulk’s then wife, and two children, were stars in VH1’s Hogan Knows Best, which aired in 2005. In 2008, Hulk’s daughter Brooke was given her own show called Brooke Knows Best which showed her in pursuit of a music career. Being such a recognized star in professional wrestling, in 2014 the WWE announced that Hulk would serve as host of WrestleMania XXX. February 2015, Hulk was honored at Madison Square Garden during a WWE live event dubbed “Hulk Hogan Appreciation Night” where he received a special commemorative banner hanging from the rafters to honor his wrestling career. Hulk was recently announced as a judge for the new season of Tough Enough, a reality show where someone can win a WWE contract. Hulk Hogan is available for speaking engagements, endorsements, and product promotion.

TO WORK WITH HULK HOGAN: Sport Speaker Hulk Hogan can be hired for endorsements and events in roles such as public speaker, autograph signings, SMT’S, and public relation campaigns. 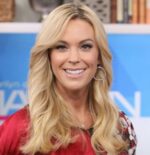