Celebrity Speaker Ashlee Simpson is a singer, songwriter and television personality who rose to fame through her music and her appearances on reality TV series.

After suffering through an eating disorder while attending the School of American Ballet in New York City, Celebrity Speaker Ashlee Simpson and her parents moved to Los Angeles for her sister, Jessica Simpson’s record deal. Here, Ashlee began making appearances in TV commercials. When Jessica’s album became extremely successful, Ashlee became involved as one of her backup dancers.

In 2001, Ashlee Simpson began appearing in films and TV shows including Malcom in the Middle, The Hot Chick and 7th Heaven. She eventually signed a recording deal with Geffen Records and began filming her own reality TV show, The Ashlee Simpson Show.  Her debut album, Autobiography, debuted at number one in the United States and went triple-platinum. In 2005, she released her sophomore album, I Am Me, which went platinum and produced two singles in the Billboard Top 25. In 2008, Ashlee Simpson married Fall Out Boy bassist, Pete Wentz and by end of 2008, they had their first child. She is co-creative director of her own fashion line, aimed at girls 7-16 which hit stores by the end of 2011. Ashlee Simpson is available for personal appearances, endorsements, and speaking engagements.

TO WORK WITH ASHLEE SIMPSON: Celebrity Speaker Ashlee Simpson can be hired for endorsements and events in roles such as public speaker, autograph signings, SMT’S, and public relation campaigns. 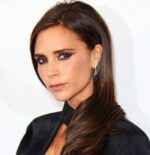