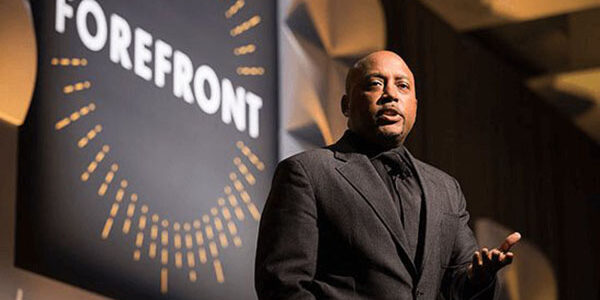 What are the Top 5 Themes of Motivational Celebrity Speakers?

When companies and organizations hire motivational celebrity speakers, most of them have a desired message and specific event theme in mind. They’re orchestrating an employee event, they have a message to send, they want to attract donations for their fundraiser, and so on. There are a million reasons for booking a motivational keynote speaker. These larger-than-life personalities are engaging, informative, entertaining, and have the ability to enthrall and command an audience. The circuit of celebrity speakers for hire have a variety of backgrounds and experiences, and while not all events are created equal, there are certain trends that currently stand out from the pack. Right now, we have found that most all companies and organizations are hiring the best celebrity keynote speakers associated with these 5 themes below: 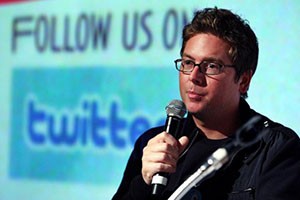 We live in an exciting time. With the ever-growing impact of the digital landscape, the business terrain is altering at a lightning clip. As the face of business changes, so do the opportunities. Almost anyone can start a business now, and many people are doing just that. Go to any coffee shop and you’ll see the digital revolution right in front of you. Anyone can be a success. Motivational keynote speaker and millennial entrepreneur Tyler Haney built a clothing empire in her early twenties, while business speaker Biz Stone used his expertise as a blogger to found Twitter.

Technology is changing our lives so quickly it seems information that’s more than a year old is archaic. The future, then, becomes an important tool, since these days it seems like the future is five minutes from now. Learning what innovations technology firms are preparing for, and what they’re predicting, can help us navigate today so we’re prepared for tomorrow. Businesses need to keep an eye on advancements, which makes technology talks and tech speakers so popular. 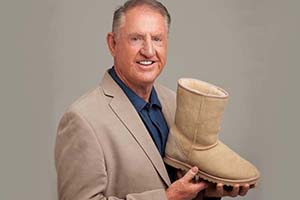 But tech speakers aren’t the only option for entrepreneurial enterprises in need of motivational speakers for events. Motivational celebrity speakers like Brian Smith, the founder of Uggs, who saw a need in the American marketplace for an Australian fashion staple, make for a practical, yet persuasive talk. Smith built his multi-billion dollar brand with only $500 in startup money and it took 17 years to get Uggs to the top of the heap in U.S. women’s footwear. His message of persevering through struggles and uncertainty and finding news ways to market your product is an inspiring talk that benefits employees on all levels.

Human beings are curious. We like to understand how things work. Analysis, exploration, and dissection. Scientists do all that and more when they look at the world to get answers. Some scientists are brought in to discuss discoveries in outer space, like famous astrophysicist Neil DeGrasse Tyson, introducing audiences to whole new way of perceiving the world around them. 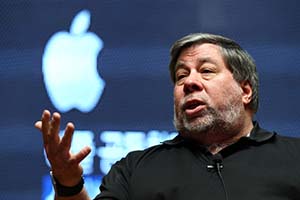 Science can be mechanical, too. Using the earth’s materials, we’re able to build machinery, cars, even kitchen appliances. Creating wonder in the pockets of our lives that we don’t usually think about unlocks the way we look at the world. The personal computer is the best example of science and engineering coming together. Celebrity motivational speakers like Steve Wozniak, co-founder of Apple Computer, show us how the mechanics of science and innovation can change our world.

Sometimes science hits a little closer to home. Motivational speaker Bennet Omalu is a world-renowned neuropathologist who made startling discoveries about NFL players and the sport’s impact on the brain that were so controversial, they became the subject of the film Concussion starring Will Smith. Physics is essentially the study of how things naturally work. Clients looking to tap into their audience’s curiosity seek out these famous motivational celebrity speakers.

Creativity can come in the form of good food as well! Celebrity Chef speakers are some of the most exciting personalities for corporate events. Battling the grueling restaurant world, these famous chefs for hire have made a living by creating and recreating delicious food, opening new restaurants, starring in the own TV series and so on. One of the world’s greatest chefs, Wolfgang Puck, makes for a great celebrity guest speaker because of his longstanding tenure as a leading chef in the industry for several decades. He has seen the culinary industry grow and change all while acting as a catalyst for moving the industry forward. Other celebrity chef speakers like Rachael Ray, Marcus Samuelsson, Giada de Laurentiis and Mario Batali bring their own special flavor of creativity to each event they headline.

Like the proverbial bird rising from ashes, the story of a survivor is always an emotional talk that hits home with audiences of all ages, ideals and backgrounds. The Phoenix story shines bright in motivational celebrity speakers who have risen above physical limitations, unthinkable odds, and the naysayers to accomplish their dreams. 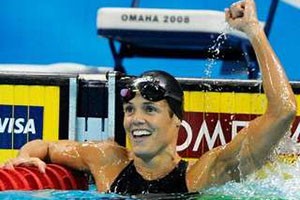 Olympians are a great source of inspiration and many embody this sense of rising from the ashes to reach the top. Take U.S. swimmer and 12-Time Olympic Medalist Dara Torres for example, who at 41 years young became the oldest U.S. swimmer ever to compete at the Olympic Games and brought home 3 medals during that final Olympic appearance in 2008. Other great Olympic motivational celebrity speakers include Michael Phelps, Mark Spitz, Dominique Dawes, Aly Raisman and countless others!

Perhaps one of the most beloved celebrities to overcome is Michael J. Fox. A massively successful actor, he announced his retirement from television with the diagnosis of Parkinson’s. But that wasn’t the end of Fox, who has continued to appear on television, including his own program in 2013. Fox uses his success to run his own philanthropic enterprise, The Michael J. Fox Foundation, which researches cures for Parkinson’s disease. Fox continues to be an inspiration and a genuine guy who makes everyone feel like a friend at personal appearances.

Some of the most sought out speakers have overcome physical limitations to reach their goals. These motivational celebrity speakers offer a different type of inspiration that encourages audiences to be grateful for the life they have and find their purpose to be great in whatever capacity that may be. Listening to a person whose affliction is visually evident makes for a powerful message. These speakers tend to be sought out for their extreme faith and willpower. Famous surfer Bethany Hamilton lost her arm in a shark attack, but less than a month later, she was back in the water, a teenager destined for greatness. Lizzie Velasquez is another beloved personality on the speakers circuit who discusses how her physical features made her the target of intense bullying growing up. She decided to meet their hate with positivity and now acts as an empowering role model for women and girls all over the world who just want to feel comfortable in their own skin.

Racing to the finish line, reaching a treacherous mountain’s peak, starting a world-renowned business, soaring to the moon, winning the presidency, scoring the winning touchdown. These are the moments that make up the victor speaker’s life. These motivational celebrity speakers are larger than life, enviable in their capabilities, admirable in their perseverance.

Athletes are the most obvious choices for a victory event. Take Serena Williams or Magic Johnson for example. Serena is regarded as the greatest female tennis player of all time who annually breaks records. As a woman and a minority, Serena’s excellence is as inspiring as it is satisfying. Magic is a dual-threat on the court and in the boardroom, having won MVPs and NBA Championships with the Lakers and created his own lucrative investment company, Magic Johnson Enterprises.

Other professions can declare a victor, like filmmaker George Lucas and his dominant string of success with LucasFilm and Star Wars, or entrepreneur Mark Cuban and his winning ways as an startup investor and owner of the Dallas Mavericks. The excitement that surrounds famous motivational speakers is the heart of what many clients are after for their events.

Accomplished keynote speakers are popular because of their enormity. Being in the same room with a known celebrity is special alone, but what really becomes the highlight of these events is when the speaker goes off script and talks candidly about their struggles and triumphs in their own life. The tricks, the study habits, the odd jobs, the sacrifice, and the overall hard work that these astounding people practice for their success is both relatable and incredible.

Contact one of our speaker booking agents via email at booking@celebrityspeakersbureau.com to hire a top motivational keynote speaker for your next event! With over 20 years of experience hiring keynote speakers for events all over the world, the team at Celebrity Speakers Bureau is well-equipped to handle all your conference and event needs.