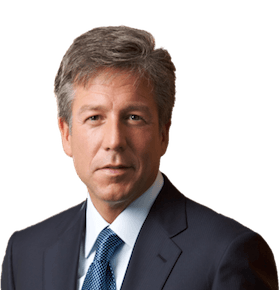 Business Speaker and Titan Bill McDermott is best known for being the CEO of SAP AG, a German software company providing business solutions to companies large and small. As the CEO of the largest business software company in the world, McDermott is one of the most powerful businessmen in the world and the boss of over sixty one thousand employees globally. Prior to his current position, McDermott worked with several Fortune 500 companies including his first position at Xerox where he eventually would become division President and Corporate Officer after seventeen years with the company, Gartner where he served as President, and Siebel Systems where he held the position of Executive Vice President of Worldwide Sales and Operations. Bill McDermott also serves as a member of the board of directors for Under Armour, ANSYS, Inc, PAETEC Holding Corp. and the National Advisory Board for KIPP (Knowledge Is Power Program).

Throughout his career, Bill McDermott has been named one of the Top 25 Most Influential Executives in information technology by Computer Reseller News magazine, ranked #2 alongside Jim Snabe on the list of top 50 Highest Rated CEO’s by Glassdoor.com and was included in Irish America magazine’s 2012 Business 100. As an award-winning corporate leader, Bill was elected to the United States Chamber of Commerce which represents three million companies and organizations. He was also the winner of Ernst & Young Entrepreneur of the Year in Applied Technology and one of Treasury & Risk Management’s 100 Most Influential People in Finance in 2005.