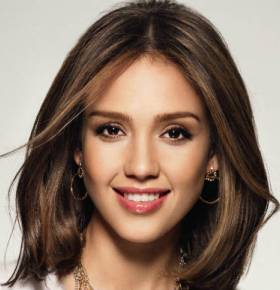 Celebrity Guest Speaker Jessica Alba burst onto the entertainment scene as a model and actress but has proved she is just as beautiful inside and out! Jessica began to build her reputation as a capable actress in the early 2000’s in the TV series Dark Angel directed by James Cameron. She was nominated for a Golden Globe Award for her portrayal of protagonist Max Guevara. Her inevitable charm and astonishingly good looks have earned her top honors on the Maxim Hot 100 list and other similar celebrity hot lists. But above all, Jessica has enjoyed motherhood more than any of her career accolades. In 2011, Jessica co-founded The Honest Company. The consumer goods company prides itself on creating non-toxic household and baby products safe for children. In 2015, Jessica appeared at the South by Southwest Festival to share her experiences in business and how she was able to stir up excitement for The Honest Company using her celebrity appeal.

Jessica was a child star, appearing in national TV commercials for J.C. Penney and Nintendo. She held roles in several TV series including Flipper and Beverly Hills 90210. In 1999, she appeared alongside Drew Berrymore in the romantic comedy Never Been Kissed which kick-started her career in major films. She starred in the lead role in Honey in 2003 before a breakout year in 2005. She appeared in Sin City, Fantastic Four and Into the Blue that year. In 2007, she reprised her role as Sue Storm in Fantastic Four: Rise of the Silver Surfer. Jessica’s other notable films include performances in The Eye, Machete, and Little Fockers.

Celebrity Speaker Jessica Alba finds joy in helping others. She has been a huge supporter of the Amfar charity for AIDS as well as other charities including Habitat for Humanity, ONE, Project HOME and Safer Chemicals Healthy Families.

Celebrity Speaker Jessica Alba understands the influential power she holds as a popular celebrity and wants to use that influence to better the world for future generations.