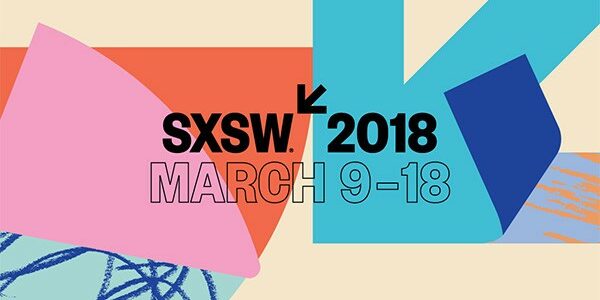 Now in its 31st year, the iconic South by Southwest (SXSW) Festival has become one of the biggest innovation events in the world.

Each year, musicians, filmmakers, TV stars, and tech titans flock to Austin, Texas to get a preview of the best of what’s to come in entertainment. This event is an fun, energetic gathering for creatives as well as businessmen and women. The festival influences as much as it reflects current cultural trends. And that’s just the beginning! There are many reasons anyone in business, tech, the startup world, or, of course, entertainment, can benefit from experiencing this incredible event. That includes a list of top keynote speakers who headline the event each year. It should come as no surprise, the excitement and knowledge shared leaves many businesses wanting to hire SXSW speakers to come inspire and engage audiences at their own company events or corporate conferences.

What is SXSW and What’s It Means for You:

In case you’ve never been, SXSW is an annual festival that began with the intent to showcase Austin’s music scene. Since then, the festival has expanded beyond music, although that remains the heart of the event. Catering to a younger, progressive age group, events are edgy, trendy, and they represent the very pinnacle of entertainment today.

Tech has a prominent presence at SXSW. That’s because radio is a dying medium, and music is now linked to the digital sector – think Spotify, Pandora, iTunes. Almost all music is streamed or downloaded, so it’s apps, software, and devices all around. In 2017, almost every show was sponsored by a streaming service. That’s just the sort of thinking you need to have in order to get your brand in front of your target audience.

But there’s more than just concerts when it comes to the tech sector at SXSW. Apps, devices, and software abound at the trade show, gaming expo, the spotlight set up, and the SXSW Marketplace. Vendors and startups have booths all over the place, and the idea is to get their product in the hands of future consumers.

At its heart, the SXSW festival is a place where artists come to be discovered. New bands find labels, and filmmakers find distribution at the film festival that now takes place. It’s also a venue where tech can find affiliations and endorsement opportunities. Really, this event is an entrepreneur or startup goldmine.

Each day, a new SXSW speaker delivers a keynote speech. These are powerful, exciting events. Sometimes there are two speakers during the day, and they all fall into a particular area of expertise. Themes for talks are convergence, music, film, and interactive. All these topics are intriguing to festival goers, so they provide a great opportunity to excite attendees, as well as introduce ideas and concepts. In 2017, Garth Edwards was the keynote for film, Adam Grant was the author keynote, Zane Love addressed music trends, and Cory Richards inspired from his photographic and climbing adventures, just to name a few.

This year’s speakers are diverse, but all of them are talking about trends and topics that affect culture and industry. CNN personality and comedian W. Kamau Bell will be on hand to talk through today’s current political climate and pressing social issues. CNN International personality Christiane Amanpour and award-winning news anchor Katie Couric will both be on hand to talk about the role of news and journalism in shaping global thoughts and ideals. Celebrity chef and humanitarian Jose Andres will sit down for a moderated conversation with Andrew Zimmern and Dana Cowin to discuss ways the culinary industry can combat social issues such as global hunger and poverty as well as addressing sexual harassment in the workplace.

There are a slew of fascinating, powerful talks taking place at SXSW 2018. The SXSW speaker lineup is a great place to start your search for innovative keynote speakers available for hire.

Key Events at This Year’s Festival:

We already know that logos and sponsorships reign at this festival. Keynote speakers add an educational element that gives it a little more depth. The events themselves, which are the main draw for participants, offer more than just opportunity. They’re all about exposure. So, in addition to discovering the next hit band, you’ll also find reunion concerts, tribute music, and special shows by megastars, like last year when Garth Brooks played a free lakeside outdoor show.

This year has some spectacular events. In film and television, A Quiet Place starring Emily Blunt screens, as does the breakout comedy, Blockers, starring Leslie Mann and John Cena. Actor Bill Murray is a known wedding crasher, among other novelties, and this year there’s a screening of a film documenting his adventures, The Bill Murray Stories: Life Lessons Learned. The Last O.G., a new series starring Tracy Morgan that airs on TBS in April, screens as well. The show is from writer/director Jordan Peele whose film Get Out just won him an Oscar.

Events surround some television networks, like the Starz Sensation House where party-goers can partake in happy hour cocktails themed to the new Starz Show, Vida. The biggest television event belongs to HBO’s “theme park,” which is a re-creation of the hit show, Westworld. At the park, fans can wander through a replica of the show’s old western town and saloon that’s being constructed just outside of Austin.

For music, the performers span the globe. Some notable acts include Goat Girl from the U.K., Aleman from Mexico, Amy Shark from Australia, Crush from South Korea, and A Place to Bury Strangers from the U.S. There are speakers discussing music, as well, like Kim Deal, from the Breeders and the Pixies, and Common.

This is just a small sample of the many great sessions at the SXSW festival every spring. Between panels, concerts, screenings, and a flush of tech innovations, SXSW is one of the most influential festivals around.