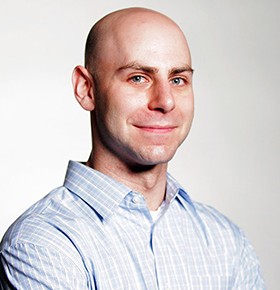 Business keynote speaker for hire Adam Grant is a New York Times bestselling author and business professor. He is Wharton Business School’s top professor for 5 straight years and is also their youngest tenured professor. Adam is regarded as one of the most influential management thinkers in the world by Thinkers50. He has also been named to Forbes Magazine’s 40 Under 40 List. He has spoken for a large number of high profile clients including Facebook, Google, Pixar, Merck, Goldman Sachs and the World Economic Forum.

Adam is one of the most engaging business speakers on the speaking circuit. Adam motivates audiences to live more creative and generous lives. He achieves this by touching on topics such as collaboration, innovation and resilience.  Not only does his work strive to help get someone motivated, but teaches them to stay motivated  for the long term future and continue to apply oneself in an efficient manner.

Many of his speech topics and insights derive from his New York Times bestselling books such as Originals, Give & Take, Option B: Facing Adversity, Building Resilience, and Finding Joy. He examines the psychology behind being successful in work and life, and  believes that helping others can help drive your own success and strategies to think outside the box. Some of his most popular Ted Talks are when he discusses his ideologies regarding human behavior, and how they can serve as an example for how  to maximize our success and way of thinking.

Adam interviewed with CNN Make It in 2018 to dispel a common career myth, in which he recommended people to not try and plan their career aspirations too far. His reasoning behind this was because of the rapid changes in media and career opportunities, as trying to define your future too far in advance while living in such a rapid developing time can hinder success. Adam also made a keynote  at the Wharton People Analytics Conference in 2018. Alongside Mary Barra, CEO of General Motors Company, he discussed the importance of “the winning hearts and minds” of people in the workplace.

In 2016, Adam provided a TEDxTalk  to a standing ovation in which he discussed how people can champion new ideas and how organizational leaders can combat groupthink, which has been viewed more than 20 million times. He also hosts a regular podcast produced by TED called “WorkLife”, which is consistently on the top charts for podcasts listened to. Currently, Adam writes about improving how one works in addition to psychology articles for the New York Times as well as belongs to the Defense Innovation Board for the Pentagon.

Adam attended undergrad at Harvard University and earned his Ph.D. in organizational psychology at the University of Michigan. Since becoming a professor, Adam has contributed pieces to leading psychology and management journals such as Journal of Personality & Social Psychology and the Academy of Management Journal. In 2018 he began organizing the Next Big Idea Club alongside Malcolm Gladwell, Daniel Pink, and Susan Cain. It is an online publication and subscription service selecting the best and most innovative books of the year.

Adam’s speaking and consulting clients are some of the biggest companies in all industries of business, including the NBA, Google as well as the Gates Foundation. His brilliance is recognized by all, and his following has rapidly increased among emerging businessmen as well as employers looking to maximize the potential of their workers. His speeches present new ways of demonstrating the best methods to being the most effective, whether that be in your business’s success or just making the best version of you.

His most recent articles have discussed the best way to evaluate a situation and how to make decisions in addressing it, as well as the qualities all the best leaders possess. While publishing numerous articles over the years, Adam is also going to be releasing his 15th book in February titled Think Again: The Power of Knowing What You Don’t Know. Adam also was named a Young Global Leader by the World Economic Forum in 2020.

With the COVID-19 pandemic continuing to be present, Adam is open for speaking at virtual events for businesses interested in having a beloved motivational speaker. Due to the unique nature of large virtual events happening over in-person events, the speaking fee varies depending on the type of event. If interested in inquiring about the speaking fee for Adam Grant, please contact us and we can provide you with the necessary information.