Celebrity keynote speaker for hire John Cena is one of the most polarizing figures in the history of professional wrestling and has elevated his career outside of the ring as an actor, TV personality, philanthropist and keynote speaker. You’d be hard-pressed to find a more multidimensional and multi-talented celebrity than this guy! John’s position as the face of WWE SmackDown! since 2002 has afforded him a number of other on-air opportunities as a reality TV show and awards show host. His charisma, strong work ethic and genuine personality have made him one of the most engaging and memorable keynote speakers on the speaking circuit today.

A Massachusetts native, John played football in college and first pursued a career in bodybuilding while working at a local gym. He began training for professional wrestling in 1999 and first wrestled for Ultimate Pro Wrestling until 2001. He joined the WWF that same year and earn his way onto the WWE main roster by June of 2002. As they say, the rest is history! John has amassed 25 total championships including 16 world champion belts and 13 WWE Champion titles.

Over the course of his career in entertainment, John has enjoyed quite a successful career in TV away from the WWE. As an actor, his first starring role came in the 2006 thriller The Marine. More recently, John starred in several comedic films in 2015 including Trainwreck, Sisters and Daddy’s Home. In 2016, John was announced as the executive producer and host of the FOX reality TV series American Grit. He has also been called upon as a top host for industry award shows including the 2016 ESPN ESPY Awards and the 2017 Nickelodeon Kids’ Choice Awards.

Away from the bright lights of Hollywood, John shines bright as a leader in his community. He has worked with the Make-A-Wish Foundation for many years, helping grant over 500 wishes for children with life-threatening illnesses. He has also been involved in charitable organizations focused on anti-bullying initiatives as well as raising awareness and support for breast cancer research.

As a keynote speaker, John’s message is simple but poignant: Never Give Up. He shares stories from his career in entertainment while teaching audiences how to take on life’s challenges head on and letting them know that there’s always more to be done, whether for yourself or others. He is a top choice for organizations looking to hire keynote speakers for university speaker series, corporate events, trade shows and major industry conferences such as SXSW.

Would your organization like to hire John Cena to speak or make a personal appearance at your next event? Contact Celebrity Speakers Bureau today to hire John Cena or another top keynote speaker to entertain and engage your audience at an upcoming corporate conference, speaker series, trade show or special event. 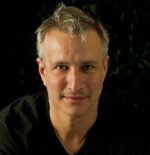