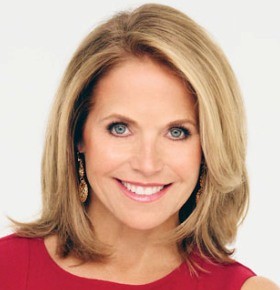 Few women in TV journalism have put together a body of work quite as impressive as renowned guest speaker and Yahoo Global News Anchor Katie Couric.

She has worked for all three major television networks: NBC, ABC and CBS. She is well documented as the longstanding co-host of the Today Show before becoming an anchor of the CBS Evening News. Katie was co-host of the Today Show for fifteen years before becoming the first female solo anchor on CBS Evening News. In 2008, she won the prestigious best newscast Edward R. Murrow Award. Katie recognized the way the world was receiving their news was moving away from nightly, round-up broadcasts and thus switched to online reporting. In 2014, Couric became the Global Anchor for Yahoo’s online publication.

During her illustrious career as a TV journalist, Keynote Speaker Katie has covered everything from hard news topics such as the Persian Gulf War and the U.S. invasion of Panama as a reporter at the Pentagon to conducting interviews for 60 Minutes with the likes of Hillary Clinton, George Bush, Colin Powell, John Edwards and Barack Obama.

Katie uses her personal life as fuel for her work as a professional. In 1998, her husband the late Jay Monahan died of colon cancer. She felt the pain that so many other experience each day and this led her to co-found Stand Up 2 Cancer, the National Colorectal Cancer Research Alliance and the Jay Monahan Center for Gastrointestinal Health to provide support for others dealing with the effects of cancer.

In addition to her prominent role in world news, Katie has tried her hand at other forms of entertainment as well producing and narrating a documentary about childhood obesity called Fed Up. She also has written a New York Times Best Seller called The Best Advice I Ever Got: Lessons From Extraordinary Lives.

Katie has made regular personal appearances as a Keynote Speaker at universities including Trinity College, Boston University and the University of Virginia.