Celebrity Chef Speaker Emeril Lagasse is one of the most popular celebrity chef personalities in the world.

He was given his first cooking lesson from his mother, Hilda, where he grew up in Fall River, Massachusetts. Emeril worked at a Portuguese bakery as a teenager where he picked up skills in the art of bread and pastry baking.

Originally, Emeril had a full scholarship to the New England Conservatory of Music but opted to pursue a career as a professional chef instead. He eventually graduated with an honorary Doctorate degree from the prestigious culinary school, Johnson and Wales University. Emeril then learned the art of classic French cuisine after traveling to Paris and Lyon and upon returning to the States, he used the skills learned, in the fine restaurants of New York, Boston and Philadelphia and continued down to the south to New Orleans. Attracted by New Orleans restaurant owners, Dick and Ella Brennan, Emeril established himself as the executive chef for seven years at their famous restaurant, Commander’s Palace.

Time after time he has won critical praise and top ratings. Emeril’s Restaurant was named Restaurant of the Year by John Mariani in Esquire magazine in 1990 and in 1991 received the highly desired Wine Spectator Grand Award. He was named Best Southeast Regional Chef also in 1991 by the James Beard Foundation, and more recently, Emeril’s Restaurant earned the Ivy Award. His NOLA restaurant has the status of Best New Restaurant given by Esquire in 1993 and has since been acknowledged by Travel & Leisure and Southern Living. His New Orleans Fish House, which is his third restaurant, was named Best Restaurant in Las Vegas by Zagat. Delmonico Steakhouse, also in Las Vegas, was titled Best Steakhouse by the Las Vegas magazine and in 2004 it was awarded the Grand Award from Wine Spectator magazine. Not forgetting Emeril, he was chosen as Chef of the Year by GQ Magazine in 1998 and in 1999 was one of People magazine’s ’25 Most Intriguing People of the Year.’ He was also named Executive of the Year by Restaurants & Institutions magazine in 2004 and the next year was crowned Distinguished Service Award from Wine Spectator for his contributions to the wine industry. In 2006, Emeril was inducted into the MenuMasters Hall of Fame and in 2007 named Restaurateur of the Year by New Orleans CityBusiness. He also received the Lifetime Achievement Award from the Food Network’s South Beach Wine & Food Festival.

By 2008, he was inducted into the Gaming Hall of Fame for his innovating ideas in entertainment in the resort and gaming industry. Celebrity Chef Speaker Emeril has been the host to more than 2,000 shows on the Food Network and is a food correspondent for ABC’s Good Morning America. He hosts Emeril Green on the Discovery Channel, Essence of Emeril on the Food Network, and Emeril Live can be seen on the Cooking Channel and the Food Network. In 2010 Emeril, Mario Batali and Bobby Flay were asked to cook at the White House for the Super Chef Battle and had the Food Networks highest ratings, most watched night in Food Network history. March 2014, TNT announced a new cooking reality show, On the Menu, featuring Emeril as Menu Master along with host Ty Pennington.

Over the years, Celebrity Chef Speaker Emeril has shined on the television, and now he shines on the air of Martha Steward Living Radio on SIRIUS XM. His call-in radio show is called Cooking with Emeril and airs two times during the week. Wanting to share his family recipes with his fans, Emeril and his son, E.J., have a food column in Everyday Food magazine. Emeril Lagasse doesn’t stop here! Emeril is the author of fifteen bestselling cookbooks, has his own cookware, clothing, electronics, tableware and cooking gear for kids including silly bandz and a cooking set. In 2010 he announced his partnership with Allen Brothers Steaks including premium, high-quality cuts of beef, filet mignon, bone-in rib eyes, classic porterhouse, New York strips, rib roasts, steak burgers and dogs.

Celebrity Chef Speaker Emeril Lagasse is also a huge supporter of charities. In 2002 he established the Emeril Lagasse Foundation which supports educational programs to help encourage and mentor children by learning about nutrition, healthy eating, culinary arts and necessary life skills. Outdoor classrooms, garden, fresh foods cafeteria and a teaching kitchen at the Edible Schoolyard New Orleans are all funded by this foundation. Emeril’s foundation hosts a fundraiser, Carnivale du Vin, every year in the fall. Time and again, it has ranked amoung the Top Ten U.S. Charity Wine Auctions and as of May 2010, it has raised over $3.6 million given to children’s causes in New Orleans, Las Vegas and on the Gulf Coast.  Emeril has endorsed Crest toothpaste, by yelling his signature catchphrase, ‘BAM!’ in commercials. His latest endeavor, The Originals with Emeril, premiered on the Cooking Channel on May 5, 2011 and features Emeril on a culinary journey to nine cities to eat his way through America’s traditional dishes like Boston cream pie and the French Dip sandwich. Emeril Lagasse is opening a third restaurant in Bethlehem, Pennsylvania at the Sands Casino; this time with an Italian flair. There’s a little bit of Tuscan, a little bit of Venetian, but many of the ingredients are from the Lehigh Valley. He is available for speaking engagements, personal appearances, and product promotion.

BOOKS: Emeril’s New New Orleans Cooking, Louisiana Real and Rustic, Emeril’s Creole Christmas, Emeril’s TV Dinners, Every Day’s a Party, Emeril’s There’s a Chef in My Soup!: Recipes for the Kid in Everyone, From Emeril’s Kitchens: Favorite Recipes from Emeril’s Restaurants, Emeril’s Potluck: Comfort Food with a Kicked-Up Attitude, Emeril’s Delmonico: A Restaurant with a Past, Emeril at the Grill: A Grilling Book for all Seasons, Emeril 20-40-60: Fresh Food Fast, Farm to Fork Cooking Local, Cooking Fresh

TO WORK WITH EMERIL LAGASSE: Celebrity Chef Speaker Emeril Lagasse can be hired for endorsements and events in roles such as public speaker, autograph signings, SMT’S, and public relation campaigns. 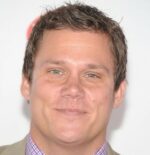