Celebrity Speaker for hire Ashton Kutcher became famous for his various successful roles in TV and film before blossoming into one of the top investors of modern technology and product services. After taking part in a modeling contestant in 1998, Celebrity Speaker and Actor Ashton Kutcher signed with Next Modeling agency in New York and began appearing in Calvin Klein ads and modeled in Paris and Milan. Ashton had much success with his modeling career and soon after moved to Los Angeles to become an actor. His first audition was for the TV series and sitcom, That 70s Show debuting in 1998. Ashton played the role of Michael Kelso in this famous series. Ashton Kutcher made appearances in Dude, Where’s My Car?, Just Married, Guess Who and Cheaper by the Dozen. Ashton starred in and produced his own series on MTV called Punk’d. In 2011, Ashton announced that he would replace Charlie Sheen on Two and a Half Men. After dating Demi Moore, in 2015, Kutcher married actress and celebrity speaker Mila Kunis. The couple and parents of 2 are definitely one of the most business savvy couples in Hollywood. Ashton Kutcher’s wife Mila Kunis have together become a very successful family.

Kutcher has also starred in several popular movies including What Happens in Vegas where he played opposite actress Cameron Diaz, Just Married, Valentine’s Day, No Strings Attached with Natalie Portman, The Butterfly Effect, and The Guardian which also starred actor Kevin Costner. In 2013, celebrity speaker for hire Ashton Kutcher took on the role-playing the legendary Apple CEO, Steve Jobs, in the film Jobs which chronicled the life of the entrepreneur. Perhaps inspired by the character, Ashton took a job with computer company Lenovo in the Fall of 2013 to design their new tablet.

Book Ashton Kutcher with an Ashton Kutcher booking agent at CelebExperts today! Hire Ashton Kutcher for an endorsement, speaking engagement, corporate event, public relations campaign, or one of a kind appearance at your next conference or special event? Contact Celebrity Speakers Bureau today to hire actor, model, and keynote speaker Ashton Kutcher or another great celebrity speaker via email at booking@celebrityspeakersbureau.com. 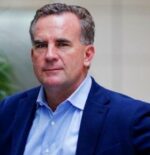