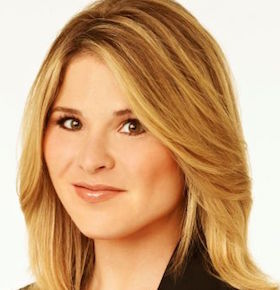 A teacher and natural leader, Jenna heavily encourages women and children to use their voices for the greater good. In September 2018, Jenna was the lead keynote speaker at The Public Affairs Conference. Put on by Missouri State annually and focussing on ethics and leadership, this year’s theme was “Unity in Community”. In past years, Jenna’s mother and former First Lady, Laura Bush has led the event, as well as Robert F. Kennedy Jr.  Salvation Army also hired Jenna Hager to speak at their annual Doing The Most Good Conference in Fort Worth, Texas. Here she discussed her experiences as a mother, First Daughter, and UNICEF volunteer. In upcoming ventures, Jenna is scheduled to speak with her mother, Laura Bush, at the 2019 ASI Show about “The Power of Compassion”.

A life outside the public eye was not in the cards for Keynote Speaker Jenna Bush Hager. Her father was elected Governor of Texas in 1994 and eventually President of the United States from 2001-2009. After graduating from the University of Texas at Austin, Jenna began working with UNICEF charities in Latin America. Jenna is now the Chair for UNICEF’s Next Generation committee, which aims to aid children around the world.

She published her first book in 2007 called Ana’s Story: A Journey of Hope. The non-fiction New York Times Best Seller follows the story of a 17-year-old Latin American single mother living with HIV whom Jenna met during her time working with UNICEF. In 2008, Jenna co-authored a children’s picture book called Read All About It! with her mother Laura Bush. The fictional book was written with the hopes to encourage children to read. She followed up with a second childrens book called Our Great Big Backyard and co-authored another bestseller with her sister called, Sisters First.

Her passion for writing eventually led to a new job position as editor-at-large for Southern Living magazine in 2012. Keynote Speaker Jenna Bush Hager joined the Today Show as a correspondent in September 2009. She covers a variety of human interest and feature stories on subjects such as education. She has also penned articles for the New York Times and CosmoGIRL!.