Celebrity Speaker Brad Pitt is a celebrated actor who has starred in a number of award winning films flashing his familiar good looks and cunning acting style.

Brad is the recipient of three Academy Award nominations and winner of a Golden Globe Award. He began his acting career with a role on the CBS soap opera Dallas in 1987. In 1991 he starred as a cowboy in Thelma & Louise but his first big roles didn’t come until A River Runs Through It in 1992 and Interview with the Vampire in 1994.

In the same year, Brad acted beside Anthony Hopkins in Legends of the Fall; here he received his first Golden Globe nomination. His only Golden Globe win for Best Supporting Actor and an Academy Award nomination came when he played a role in the science fiction film 12 Monkeys. Fight Club premiered in 1999 which Brad starred in, then his international hit sensation, Ocean’s Eleven and the sequels, Ocean’s Twelve and Ocean’s Thirteen. His greatest movie successes include Troy, Mr. & Mrs. Smith and World War Z. Brad received his second and third Academy Award nominations for his performances in The Curious Case of Benjamin Button and Moneyball.

Today, Celerity Speaker Brad Pitt may be more known for his personal life than his acting career, as he had a much public break up with Jennifer Aniston. Now, Brad lives with actress Angelina Jolie and the pair have six children, both adopted and natural. Since the two have been together, Brad has become progressively more active in social issues around the globe. Brad also owns a production company; Plan B Entertainment, and has produced the Academy Award winning Best Picture, The Departed and 12 Years a Slave.

Celebrity Speaker Brad Pitt can be hired for endorsements and events in roles such as public speaker, autograph signings, and public relation campaigns. 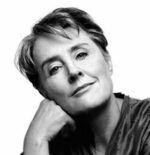