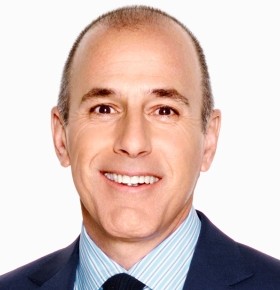 American TV journalist, anchor, and celebrity speaker Matt Lauer has become a staple in the news industry as a part of the NBC network. Since 1996, he has been a co-anchor on the hugely popular morning news program The Today Show and is the co-host of NBC’s broadcast of the opening ceremonies for the Winter and Summer Olympics. At the 2014 Winter Olympics in Sochi, Russia, lead coverage host Bob Costas was sidelined with an eye infection and Matt Lauer was chosen to fill in for the ailing host. His work with the network has also extended to becoming a contributing anchor on the reality crime drama series Dateline NBC.

Celebrity Speaker Matt started his career in TV news as a reporter for local stations in Huntington, West Virginia, Boston and Philadelphia. In 1992, he would become a co-anchor on the early morning news show Today in New York and the lifestyle and celebrity news show Live at Five. He would continue to host the 2 shows after signing on as a news anchor for The Today Show in 1994 and filling in for Tom Brokaw when needed on NBC Nightly News. Matt become a permanent co-anchor of The Today Show in 1997 and has hosted NBC’s coverage of the Macy’s Thanksgiving Day Parade every year since 1998.

Matt has made a number of cameo appearances in TV shows and movies including a role in Will Ferrell’s science fiction comedy Land of the Lost and a 2006 episode of NBC’s Will and Grace. He worked as the host of the Discovery Channel’s 4-part series called The Greatest American that detailed the lives of America’s greatest individuals in our history. As a familiar face to people of all ages, Matt served as the keynote speaker at the 2009 undergraduate commencement ceremonies at Harvard University. He also teamed up with daughter Romy to host a straight to DVD Sesame Street show called Sesame Street: Exploring Together.