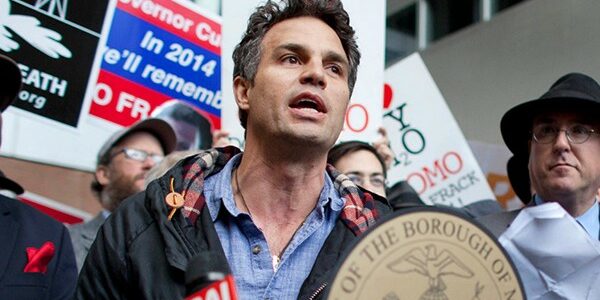 Who Are The Top Sustainability Speakers Available For Keynote Events?

Sustainability speakers are the cream of the crop for keynote events!

Global sustainability, climate change, pollution, and new economies are all hot topics right now, both in the political arena as well as in our daily lives. Slotted recycle bins can be found in hotel rooms and at every Starbucks, not to mention on many city streets. Restaurants are gloating sustainable products on their menus. Clean water supply issues make the evening news. Electric car plug-in stations can be found in most parking garages, and the U.N. has ambassadors advocating for global health all over the world. The questions is, who are the top sustainability speakers available to touch on these topics at your keynote event?

Many people are looking to get educated and do their part to get involved in today’s environmental sustainability efforts. And for good reason! So it’s no surprise that our most sought out speakers these days are celebrity sustainability speakers. These celebrities are known for their activism, as well as their talents. They have all taken a stance to make a change—and they want to talk to your audience!

But, there’s more reason to hire these dynamic sustainability speakers than their direct message. They have a true passion for their respective causes and speak to issues that everyone needs to take note of. These talks are about more than just earning an extra buck for these celebrities. It’s about changing the world, and what can be more motivating than that? Sustainability celebrity speakers’ expertise range from global environmental health to lifestyle sustainability. There are a ton of celebrities to choose from.

Below are the most talked about topics, themes and celebrity sustainability speakers that showcase the kind of provoking ideas that your audience wants to know more about.

Water is a precious resource. We must preserve it and keep it clean. This sounds like a basic idea, but the realities behind what we’re drinking and how we’re obtaining our water would surprise a lot of people. The most well-known sustainability speaker on the topic of unsanitary water is Peter Thum. After a trip to South Africa where he encountered hideous water quality, he began Ethos Water, and then Giving Water, a non-profit aimed at providing sanitary water for everyone.

Also concerned with water quality is Mark Ruffalo. The actor learned about hydro-fracking on a trip to Pennsylvania, where he discovered the incredible amount of chemicals that go into the tap water of residents in areas all over the country. This water is not safe to drink, it’s poisonous. So, Ruffalo uses his star power to advocate against hydro-fracking. Ruffalo also started The Solutions Project. This organization is a data-based program with the aim of turning all energy into renewable energy by 2050.

Ashley Judd has been a big activist for many causes: women’s rights, animal welfare, and also mountaintop mining in her home state of Kentucky. The effects of this kind of mining are disastrous for ecosystems and their biology due to the contaminating features of coal. Whole forests have disappeared because of these coal mining methods. Judd has been an ambassador for the United Nations Populist Fund, in which she dealt with women’s fertility rights, and how that, in turn, affects cultural sustainability practices.

Another actor recently taking part as an environmental activist is Arnold Schwarzenegger. He loves the idea of electric cars and implements the technology in his own garage. A long time Angelino, Schwarzenegger is no stranger to issues concerning air quality, and he’s taking a stance to encourage pollution control, starting with electric car engines like the one he’s co-invented (Kreisel).

Speakers with an eye on the planet come in all shapes and sizes. Think of celebrity chef Jamie Oliver, who is a Raymond Blanc Sustainability Hero in his homeland in Britain. Oliver’s mission is to change the way the world eats, advocating for governments to have strict health guidelines to create better food policies. He aims toward children’s health, the idea here being to fight childhood obesity as well as educate children to pick up good, sustainable, earth-friendly habits from a young age.

Chef Marcus Samuelsson is also a food sustainability advocate. He takes every opportunity to talk about food waste and obtaining food in responsible ways. He started with his own restaurants, using local farmers while ensuring it comes in ways that are ecologically sound. Technology sustainability is a focus of Samuelsson’s, particularly in his native Sweden, as well as using all ingredients on hand, throwing away very little. He wants to spread this practice all over the world.

Perhaps the most famous global guru is former Vice President of the United States, Al Gore. A lifelong environmental advocate, Gore involves himself in a number of organizations, including his own We Can Solve It which focuses on climate change. The biggest and most famous of Gore’s missions was the award-winning documentary he produced, An Inconvenient Truth. A true specialist in global climate change and advocacy, Gore is a great choice for motivation talks.

Actor Edward Norton had an appreciation for the earth from a young age. His father, who is his environmental role model, would take them camping, and has a dynamic role in land conservation. As such, Norton uses his celebrity status to unite with global land protection programs like Maasai Wilderness Trust. In 2010, Norton was named the United Nations’ Goodwill Advocate for Biodiversity, spreading the word about preserving the natural land we still have.

The impact a person can make in their own daily life affects the bigger picture. Just ask Adrian Grenier, who was also U.N. Goodwill Ambassador, but his focus was the Environmental Program. Grenier is concerned with plastics in the ocean, which not only pollutes the waters, but endangers the marine life that ingests plastics. He’s taken a step further, using his filmmaker status to produce documentaries about how to live an eco-friendly life. The actor also co-runs a company, SHFT, that focuses on sustainability in cultural aspects like film, design, and other daily activities. The idea is to bring the changes in industry into the viewer’s own lives. The hope is to inspire responsible choices with what they use and what they buy.

Van Jones is a force when it comes to what he calls a green economy. The mission is smart: build a new economy that focuses on green ethics by training those who need work to do these new jobs. Battling poverty and promoting green energy, Jones’ mission is to create a new, sustainable world where everyone has a job. His book, Green Collar Economy earned him the title as one of TIME’s 100 Most Influential People in the World. He was an advisor for the Obama administration and has his own television show to boot. Jones is an amazing speaker who can talk about changing people’s daily lives, through job creation, economic growth, and creating a healthier world to live in.

You can’t talk sustainable lifestyle without mentioning actor and celebrity speaker Ed Begley, Jr. Begley had his own show, Life with Ed, featuring his ultra-low energy, sustainable home. Solar and wind power supports much of the home’s function. He rides bicycles when he can and drives electric cars. Even his garden is environmentally responsible, in dry California he only has native plants that are drought-tolerant.

From movie star to politician to CEO to economy expert—there are so many great sustainability speakers to choose from. Hire a sustainability celebrity speaker and you will get a great response. Call us today to learn more!