Beloved actor and celebrity speaker for hire Ed Begley Jr. is perhaps just as well known for his eco-friendly living as his lead acting roles over the years. He is the son of former Oscar-winner Ed Begley, and created his own success in the entertainment industry. His hit TV roles include appearances in 7th Heaven, Arrested Development, Six Feet Under, and St. Elsewhere. From 2007-2010, Ed was the co-host of his own environmental series on HGTV and the Planet Green called Living With Ed. The show followed Ed as he strived to live a life leaving a small carbon footprint with his wife Rachelle. One of the most exciting part of the series was a competition with friend and scientist Bill Nye to see who could create the most eco-friendly house. Ed is now one of the top celebrity speakers requested to speak at environmentally-conscious events including corporate conferences, trade shows, expos and fundraisers.

A California native, Ed’s environmentally-conscious ways date back to the 1970’s when he got his first electric vehicle and adopted a vegan lifestyle. His home is run solely on renewable energy. The house operates using solar power, wind power, and a special air conditioning unit made by Greenway Design Group. He also has an electricity-generating bicycle he uses to toast bread. Astoundingly, Ed pays roughly $300 a year in electric bills!

Ed has also published several books regarding environmentally-conscious living. His first book released in 2008 was titled Living Like Ed: A Guide to the Eco-Friendly Life. He followed this book a year later with Ed Begley Jr.’s Guide to Sustainable Living: Learning to Conserve Resources and Manage an Eco-Conscious Life. In 2014, Ed co-wrote the book, A Vegan Survival Guide for the Holidays. 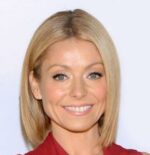