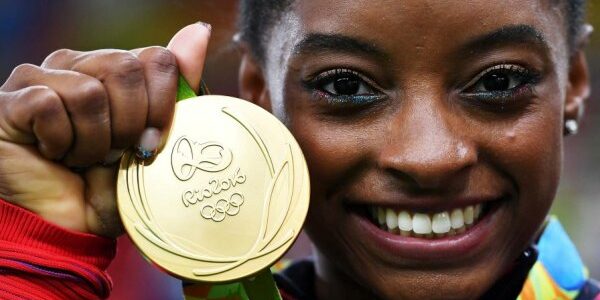 By Anthony Johnson on August 23, 2016 in Speakers News, Trending Speakers 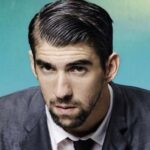 Michael Phelps: It’s official. The greatest Olympian of all-time is retired… at least for now! Michael’s triumphant comeback at the 2016 Olympic Games put an exclamation point on his coming of age in recent years. He has been outspoken about his struggles with self-esteem and depression before Rio and his story of personal challenges, victory and defeat serves as an inspiration to audiences of all ages at corporate events, college speaker series, fundraisers and more. 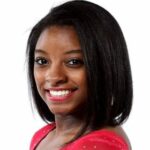 Simone Biles: Say hello to America’s newest sweetheart! Simone followed in the footsteps of former U.S. gymnastic icons Nastia Liukin and Shannon Miller on her way to a record-setting performance of 5 Olympic Medals at the 2016 Games in Rio. Her positive attitude and exemplary character on and off the mats has truly been an inspiration to watch. If you’re in the market to book Olympic Speakers, there may be none better than new Olympic Champion Simone Biles. 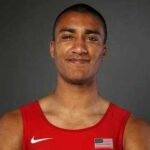 Ashton Eaton: The world’s greatest athlete retained his crown this year at the 2016
Olympic decathlon competition in Rio. Ashton is an incredible talent, having set multiple world records in the decathlon and heptathlon events in recent years. Not only that, he’s become one of the premier faces of Nike and VISA’s latest marketing initiatives surrounding the Rio Games. In person, he is still down-to-earth and an excellent choice if you’re looking to book Olympic Speakers for leadership and motivational events. 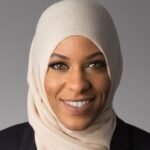 Ibtihaj Muhammad: One of the new fan favorites on the U.S. Olympic Team this year was 30-year-old fencer Ibtihaj Muhammad. She is one of the oldest fencers ever to compete for the U.S. and yet her incredible story is one that carries a theme of unity and acceptance for people of all races and religions as the first Muslim-American to win an Olympic Medal for the United States. Her voice transcends the Games as a thought leader for positive social change in America’s current cultural state. 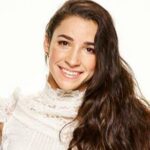 Aly Raisman: The 2-time captain of the U.S. Women’s Gymnastics Team had her squad ready to go this year in Rio! The U.S. won 9 out of 10 events and Aly herself brought home a Gold Medal and 2 Silver Medals. Aly’s calm, cool and collected nature under pressure sets an example for anyone trying to better control their stress to perform. Contact us today to hire Olympic Speaker Aly to share her keys to success with your audience! 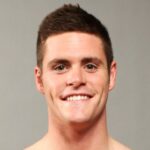 David Boudia: This Olympic Champion is diving his way into history as one of the greatest American divers of all-time among the likes of fellow Olympic Speaker Greg Louganis. He is a 3-Time Olympic Medalist with hopes of retaining the Gold Medal in the Men’s 10M platform event this weekend. He is outspoken in his faith as a Christian and makes regular appearances as a guest speaker on college campuses and at sports banquets and other special events. 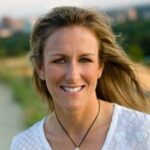 Kristin Armstrong: At 43, cyclist Kristin Armstrong is living proof that you’re never too old to chase your dreams! She is a 3-Time Olympic Gold Medalist having won the individual time trial in 2008, 2012 and this year in Rio. At home, she’s a mother a leader in her community working as the Community Health Director for St. Luke’s Health System in Boise, Idaho. She is now one of the top requested motivational sports speakers for women’s conferences, sports banquets and other special events. 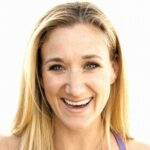 Kerri Walsh-Jennings: The ageless wonder on the beach for the U.S. ended her Olympic career much like it started: on the medal stand. She and partner April Ross defeated the home team Brazilians to bring home the Bronze Medal on Copacabana Beach this week. Kerri is now a 4-Time Olympic Medalist, having won gold in beach volleyball each of the last 3 Summer Olympics since 2004. As a mother of 3, Kerri has perfected the art of work-life balance and would love to share her story at your next event! 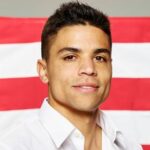 Matthew Centrowitz: Like he was shot out of a cannon, Olympic Speaker Matthew Centrowitz won the 1500M at this year’s 2016 Olympic Games. Not only was this an incredibly satisfying personal victory, he is the first U.S. runner to win the Olympic 1500M since 1908. His father was a 2-Time Olympian and now Matthew has solidified himself as one of the most memorable track & field stars in U.S. Olympic history. 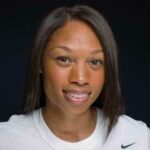 Allyson Felix: Superstar sprinter Allyson Felix is among one of the most respected female track and field athletes in the world today. So far she has already brought home a silver medal to add to her collection this summer and she has her eyes set on gold in the 4x100M relay. Allyson is a great choice for organizations looking to book Olympic Speakers for women’s conferences and leadership events. Her story of determination and self-believe to achieve any goal set before her will inspire your audience to believe more, do more and achieve more!