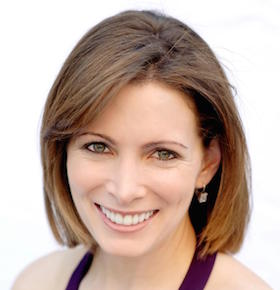 Sports speaker Shannon Miller became a household name after the 1996 Olympic Games, when the women’s artistic gymnastics team defeated the Russians for the first time and brought home the team gold. The team, now known as the “Magnificent Seven,” included fellow gymnasts Dominique Dawes, Kerri Strug, Amy Chow, Dominique Moceanu, Amanda Borden, and Jaycie Phelps. Sports Speaker Shannon and the rest of the team became members of the United States Olympic Hall of Fame in 2008, although Shannon is the only female who has been inducted into the prestigious Hall of Fame twice. She is also a member of the USA Gymnastics Hall of Fame, International Sports Hall of Fame and the Women’s International Hall of Fame. With over a hundred international and national medals, Shannon has certainly earned her title as the most decorated gymnast in United States history and cemented her legacy as one of the best to ever compete.

After her retirement from the realm of gymnastics, Shannon went on to establish the Shannon Miller Foundation and Shannon Miller Lifestyle. She is a strong advocate of living a healthy and active lifestyle; her foundation focuses on combating childhood obesity, while Shannon Miller Lifestyle brings health and fitness content to women. Shannon’s increased her support for cancer after undergoing treatment and chemotherapy for germ cell ovarian cancer, eventually writing a free eBook called Competing with Cancer.

Shannon hosts her own health-based radio show also entitled Shannon Miller Lifestyle, and has served as a commentator and analyst for Yahoo! Sports, MSNBC, and NBC HD. She has been interviewed on a slew of television shows and has graced the pages of publications such as Sports Illustrated, Glamour, Fitness, Vogue and Women’s Day. Shannon is the author of several books, including Winning Everyday: Gold Medal Advice for Healthy Happy Living. She still finds time to travel to gymnastics gyms around the country and inspire young gymnasts. In 2015, Miller published her autobiography It’s Not About Perfect with St. Martin’s Press.

Shannon’s successful career as both a gymnast and public figure has afforded her the opportunity to launch her public speaking career. Throughout the years Shannon has spoken at numerous events speaking on her experiences as an Olympian and her life. Sports speaker Shannon combines her unique athletic achievements with her passion for living a healthy lifestyle to inspire many. In 2013, she spoke at the NJIT Athletics’ Pink Day, which celebrated women in sport. One of her most recent speaking engagements includes speaking at the Ribbon of Hope Luncheon.

Through her successful athletic career and tenure in the public eye, Shannon has also been able to serve as a celebrity endorser for companies all over the world. She has even appeared in commercials for companies like Cream of Wheat and Pinnacle Perks.

WORK WITH SHANNON MILLER: Would your organization like to hire Shannon Miller for an endorsement, public relations campaign, or one of a kind appearance at your next conference or special event? Contact Celebrity Speakers Bureau today to hire celebrity speaker Shannon Miller or another great celebrity speaker via email at celebexpertsmail@gmail.com or call (212) 410-2853.