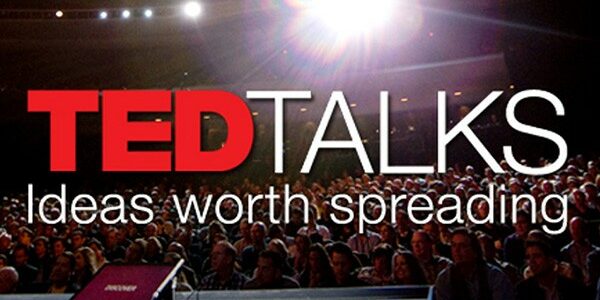 Top Ted Speakers: Why You Should Hire TED Speakers for Your Speaking Event

If this is your first time organizing a speaker event, stream a few TED Talks online to get some ideas churning as to which famous motivational speaker is right for you. The idea behind TED is to “spread ideas.”  The top TED speakers range from authors, to futurists, to musicians, to scientists, to survivors who discuss universal topics in work and life.

TED speakers are fantastic presenters. They have a story they want to tell, complete with visuals, at times a little humor, and they work a room like a rock star. The top TED Speakers have refined, structured talks that range from ten minutes to half an hour. These talks are easy to digest, yet impactful since so much is incorporated into a small bite of time. Studies show human attention wanes after 20 minutes, which means having a short, informative talk is just as motivating as a long speech. When you hire keynote speakers with this kind of presence and skill, you’re sure to have a knock out event.

When booking keynote speakers who have spoken at a TED event, it’s important to note key messaging from each individual speaker. Tom Thum, whose unbelievable beatbox musical performance went viral with over seven million hits, brings a different kind of exciting energy than your standard keynote speaker. In addition, American social psychologist and Harvard Business School professor Amy Cuddy connects with her audience on a personal level with her talk on how body language determines your personality. As you can see, all types of speakers can be influential. It’s a good idea to familiarize yourself with the landscape!

A good storyteller gives a full, emotional picture of their tale. The most emotional talks involve speakers who have surmounted inconceivable obstacles. True stories about overcoming tragedy are popular choices because of the emotional investment that’s passed onto the audience.

One of the most popular TED speakers is Lizzie Velasquez. This sweet, spunky woman was born with a rare disorder in which she couldn’t gain weight. Velasquez talks about remaining positive (she can eat whatever she wants!), as well as societal challenges.

On the other end of the spectrum, there are speakers who’ve had incidents that challenged who they were. They had to climb the walls that have risen in front of them. A well-known figure who can address this is celebrity speaker Monica Lewinsky, who came back to the public light in 2015 with her talk about cyberbullying. Indeed, Lewinsky had a career-altering opportunity when she received an internship at the White House in 1998, but it changed her life in a very different way than she anticipated.

Lewinsky talks about cyberbullying and how to rise up above a scandal that could easily destroy a person’s entire life. An adult know, Lewinsky is wise and funny, and she makes for an excellent motivational speaker.

We all live in a community. Our neighborhood and our neighbors define who we are, and in turn, the way our community looks, feels, and its unique amenities is a reflection of the neighbors. Architecture and design are visual aesthetics that result from the people who reside in a community. The link between community and design is of interest to two of our favorite keynote speakers.

Winner of the TED Prize, Cameron Sinclair could be the most innovative touchstone on this concept of design and community. Sinclair is an architect, but he saw that when you build a building, it affects the whole neighborhood. This observation inspired Sinclair’s mission to build sustainable structures that benefit the community both in design and responsibility. As Sinclair’s work grew as he focused on specifics of the housing crisis. The devastation of Hurricane Katrina on New Orleans was the first step to a much larger mission in which he rebuilds neighborhoods after natural disasters, while providing community support. Sinclair is a passionate, confident speaker whose message resonates in big ways.

Also concerned with urban architecture is artist Candy Chang, who was a Senior TED Fellow. Chang is an urban space artist in New Orleans, but she’s gone all over the country observing abandoned storefronts, homes, and functional spaces, and she poses the questions, “What is lovable about these abandoned places?” and “What would benefit their neighborhoods?” The way she approached these questions was to pose them to the community itself. Her art includes post-its asking passers by to contribute their wish as to what an abandoned building should be by writing it down on a sharpie and leaving it on the wall. She’s hung door tags on front doors, similar to what you’d find in a hotel room, to encourage communication between neighbors. Chang is an inspiration, a heartfelt and careful artist, and she’s an excellent choice for a speaker to talk about art and humanity.

In this rapidly changing business climate, your audience might be ready for a talk to learn how they can make their own company thrive, find motivation to go after their dreams, or even to make great progress in the career they already have. Innovation is a big deal these days because opportunity seems to be within reach of anyone with a great idea.

Consider Speaker Steve Rosenbaum, a well-rounded business guru. Rosenbaum is a media innovator, specializing in user-generated video, documentary film, and “first-person storytelling,” including his UGC series MTV Unfiltered. Named New York City’s “Entrepreneur at Large,” Rosenbaum is an expert on mass media. He speaks at TED conferences every year from 2005 to present and is already slated for 2018.

Perhaps no one knows TED like June Cohen, the former Executive Producer of TED Media. Want to know how to produce a great event? It’s a little meta, but bringing in a powerhouse like Cohen is a great way to learn how to take a simple business concept like a speaker series and turn it into the phenomenon it is now.

If the internet has no boundaries, human beings are infinite in their potential. What we can do, and what we allow ourselves to do, relies on both DNA and mental state. Two of our most interesting speakers talk about this in totally different ways. TED speaker David Epstein is a writer for Sports Illustrated and he specializes in the physical accomplishments of professional athletes. Author of The Sports Gene, Epstein is an expert in genetics, yes, but also the evolution of athletic conditions, as well as the way that training has evolved. Epstein makes for an enlightening celebrity speaker.

Motivational speaker Adam Grant has made it his life’s work to understand success and productivity as an organizational psychologist. Mentally, how we approach ideas, complete tasks, and organize our schedules directly relates to productivity. Furthermore, Grant’s studies offer ways we can readjust to become more productive individuals and it works.

Convinced yet? Contact Celebrity Speakers Bureau to hire keynote speakers from your favorite TEDx session! Our motivational speaker bureau has a vast roster of top TED speakers to choose from. We’ll discuss celebrity speaker fees, availability, and the steps you need to take to secure your speaker. Then we will help execute contracts, logistics and run of show details up until event completion. So give us a call today!