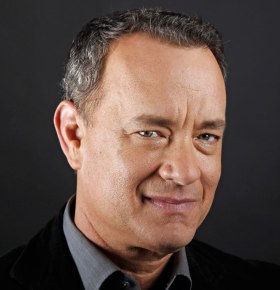 Celebrity Speaker, actor, producer, director, and writer Tom Hanks has become well-known through the many powerful roles he has played and created in the film industry. Tom has amassed an endless list of awards in the film industry for his acting roles and is continuously cast in pivotal roles such as Captain Phillips and as Walt Disney in Saving Mr. Banks. In 2014, Hanks made his Broadway debut starring in Nora Ephron’s Lucky Guy for which he was nominated for the Tony Award for Best Actor in a Play.

After a few appearances in comedic TV, Hanks first major role came in Director Ron Howard’s 1984 film Splash, and he solidified himself as a talented up and coming actor in his hit 1988 film, Big. Tom won the 1993 Academy Award and Golden Globe for Best Actor for his role as a homosexual lawyer stricken with AIDS suing his company for discrimination in the film Philadelphia. He was awarded another Best Actor Academy Award for his role in Forrest Gump and began his string of impactful roles for Tom including his leading roles in Apollo 13, Saving Private Ryan, and Cast Away among countless others. He has even had success in the animated film industry, including his ever-popular voice-over as Sheriff Woody in the hit movie series Toy Story, as well as The Polar Express. His successes as producer include My Big Fat Greek Wedding and the Spike Jonze film and children’s book adaptation Where the Wild Things Are, both industry hits.

Outside of the film industry Tom is also well-known for being one of Hollywood’s most philanthropic individuals, while also maintaining a career without negatives and controversy.  A lot of Tom’s charity work relates to the roles he has played for example he has worked with the Elizabeth Glaser Pediatric AIDS Foundation and the ONE Campaign and is on the National Space Security Board of Governors. He also supports multiple memorial funds for veterans in his efforts to pay homage to the men and women who have sacrificed for our country. Tom also invests his time in helping children partnering with the Elevate Hope Foundation which provides alterative therapy for abused and abandoned children.