Actor, producer, writer, director and Celebrity Speaker Tom Cruise has been nominated for three Academy Awards and is the recipient of three Golden Globe Awards. Tom’s first movie debut was in The Outsiders which was released in 1983. After playing in Risky Business, his career took off onto the next very successful film, Top Gun where he played a heroic naval pilot. His success continued in this vein, playing a secret agent in the action series Mission: Impossible. The latest installment of Mission: Impossible is set debut December 21, 2011. Tom’s other movies include, Rain Man, Days of Thunder, A Few Good Men, Jerry McGuire, Magnolia, Vanilla Sky, Minority Report, The Last Samurai, and War of the Worlds. He has won three Golden Globe Awards and been nominated for an Academy Award three times.

The United Artists film studio was taken over by Tom Cruise and Paula Wagner with Tom as producer/star and Paula Wagner as the chief executive. In 2008, Wagner stepped down from her position but still maintains her stake in the studio.  Tom Cruise is an outspoken advocate for the Church of Scientology and has campaigned for Scientology to be recognized as a religion in Europe. Tom Cruise is available for personal appearances such as speaking engagements, product promotion, and endorsements.

TO WORK WITH TOM CRUISE: Celebrity Speaker Tom Cruise can be hired for endorsements and events in roles such as public speaker, autograph signings, SMT’S, and public relation campaigns. 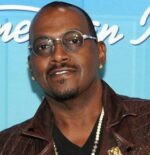