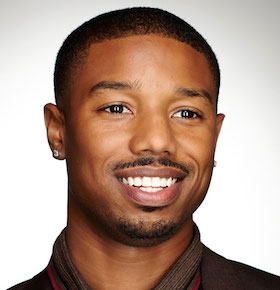 Despite sharing the same name as the greatest basketball player of all time, celebrity speaker Michael B. Jordan has created a name for himself as a popular up and coming actor in Hollywood. Michael is best known for his pivotal role as Wallace on the hit HBO drama series The Wire and for his role in NBC’s Friday Night Lights. His most recent work includes co-starring in the film That Awkward Moment with Zac Efron and Miles Teller and has been cast to play the human torch Johnny Storm in the newest box office rendition of the Fantastic Four comics set to release in 2015.

Celebrity Speaker Michael was a model for Modell’s Sporting Goods and Toys R Us before landing a role as a teenager opposite Keanu Reeves in the movie Hardball. The following year in 2002 he would begin filming for Friday Night Lights as well as a recurring role on the ABC hit soap opera All My Children that lasted until 2006. Michael’s other TV appearances include guest roles on Law & Order: Criminal Intent, USA networks popular spy show Burn Notice, and a recurring role on NBC’s Parenthood. Michael’s first major success in the box office came with a role as a shooting victim in the 2013 drama Fruitvale Station. His role garned much attention from major publications including being named one of 2013’s Breakout Stars by GQ and Entertainment Weekly. Time magazine also named him and his director Ryan Coogler as 2 members of their 30 under 30 list of people who are changing the world. Before starring in That Awkward Moment, Michael provided the voice of Cyborg in the animated film Justice League: The Flashpoint Paradox. Michael has also been cast as Apollo creed’s grandson in the upcoming Rocky spinoff Creed.

Aside from filming for major movies or TV shows, Michael was utilized in the making of the Xbox 360 video game Gears of War 3 as the voice of the character Jace. He has appeared on a host of different talk shows following his performance in Fruitvale Station including the Ellen DeGeneres Show, the Late Show with David Letterman, and Oprah’s Next Chapter.