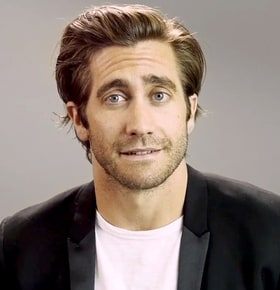 Famous actor and celebrity speaker Jake Gyllenhaal comes from a very talented family. Growing up with a mother who was also a producer and screenwriter, and a director for a father, Jake and his famous actress sister, Maggie Gyllenhaal, were seemingly destined to work in the showbiz industry. Since his very first role playing Billy Crystal’s son in the popular movie, City Slickers, Jake has been pushing the envelope portraying a vast array of different types of characters.  He landed his first lead role in the late 90’s as Homer Hickman in October Sky, then went on to star in such movies as indie film, The Good Girl where he starred opposite Jennifer Aniston, science fiction disaster motion picture, The Day After Tomorrow where he played the son of famous actor Dennis Quaid, and biographical war drama, Jarhead, where he played a U.S. Marine with other actors including Jamie Foxx and Chris Cooper.

In 2005, Jake Gyllenhaal earned his title as a critically acclaimed actor starring in the controversial and much talked about film, Brokeback Mountain where he played opposite Australian actor Heath Ledger. In the movie, Gyllenhaal and Ledger play sheep herders who fall in love in the 1960s; the storyline follows the controversial intimate relationship between the two male characters and their significant others, played by award winning actresses Michelle Williams and Anne Hathaway. Jake Gyllenhaal was nominated for several prestigious awards for his role in the movie, including the Academy Award for Best Supporting Actor and two Screen Actors Guild Awards. He took home the BAFTA Award for Best Supporting Actor for the role.

Since earning his critical acclaim, Jake has gone on to star in many other notable titles including Love and Other Drugs where he starred opposite Anne Hathaway for a second time. He received a Golden Globe Award nomination that year for Best Actor in a Motion Picture Musical or Comedy. In 2013, Gyllenhaal played a detective in the crime thriller Prisoners with award winning actor Hugh Jackman. In 2014, he starred in the thriller, Enemy, and produced and starred in the crime thriller, Nightcrawler, receiving a Golden Glove and Screen Actors Guild Award nomination for the latter.