Sports Motivational Speaker for hire Jack Nicklaus is widely considered one of the greatest professional golfers of all time alongside the likes of the late Arnold Palmer, Gary Player and Sam Snead. His 18 career major championship victories is a record that has yet to be broken and ranks 3rd on the PGA Tour’s all-time wins list with 73 career victories. Off the course, Jack has created his own successful golf lifestyle brand and is a prominent golf course designer. He is consistently ranked at the top of Golf Inc. magazine’s “Most Powerful People in Golf” list each year.

It’s hard to put into words what Jack Nicklaus means to the modern sports world. He has transcended the game of golf and his character, integrity and humble personality have made him one of the most beloved sports figures in the world today. He brings that same warm, approachable spirit to corporate events, business conferences and other special events as a keynote speaker.

Jack went pro in 1961 after winning the U.S. Amateur in 1959 and 1961 and coming in second at the 1960 U.S. Open. His first PGA Tour victory was at the 1962 U.S. Open where he narrowly defeated Arnold Palmer in a playoff and their on-course rivalry was born. Jack won 9 major championships during the 1970’s and gave the golf world a moment to remember at the 1986 Masters when he went 6-under on the back nine to win his last Masters championship. At the age of 46, he is the oldest winner of the Masters Tournament to date.

Jack went on to find success on the Senior PGA Tour as well before focusing on growing his Golden Bear brand and designing golf courses all over the world. He is a father of 5 and currently hosts his own PGA tournament, the Memorial Tournament, at a course he co-designed called Muirfield Village in his home state of Ohio each year. The tournament is to help raise funds for the Nicklaus Children’s Health Care Foundation which has provided pediatric care for children in need across the United States. In 2015, Jack was honored with a Congressional Gold Medal for not only his accomplishments on the course but more importantly the impact he has made on local Ohio community and others.

Would your organization like to hire Jack Nicklaus to make a personal appearance at your next event? Contact Celebrity Speakers Bureau today to hire Jack Nicklaus or another top Sports Speaker to entertain and engage your audience at an upcoming corporate conference, speaker series, trade show or special event. 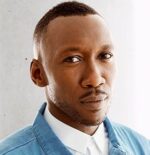