After Tiger won the 2000 British Open, he became the youngest to complete the Grand Slam of professional championships and the fifth to ever do so. This feat has also been done by Ben Hogan, Gene Sarazen, Gary Player and Jack Nicklaus. He was the first African or Asian heritage and youngest player to ever be a Masters Champion at 21 years, three months and 14 days.

His wins at the U.S. Open and Masters were both by record margins, 15 strokes and 12 strokes and it broke the 138 year record of 13 stroke major championship standard by Old Tom Morris in the 1862 British Open. Another record was broken at The Masters when he broke the margin of nine strokes set by Jack Nicklaus and went on to win the Open Championship by eight strokes. His eight stroke win was the largest since J.H. Taylor in 1913. In 2014, Sports Speaker Tiger Woods suffered a back injury which restrained him from competing in the Masters Tournament, this being the first time he would miss the Masters since 1994. Tiger had to eventually undergo a microdisectomy and continues to struggle with back pain throughout his career today.

He was named Athlete of the decade in 2009 and is the only person to be named Sports Illustrated’s Sportsman of the Year more than once. Tiger leads among active players on the PGA Tour and is the career money leader. Through 2010, his money list rose to $94,157,304 and worldwide he has won $113,602,123. He has been one of the highest-paid athletes in the world for several years. In 2000, Tiger signed a $105 million contract extension with Nike, which was the largest endorsement deal signed to an athlete at the time. Tiger is frequently credited for the success of the “Nike Golf” brand and has been described as the “ultimate endorser.”

Sports Speaker Tiger Woods and his father started the Tiger Woods Foundation in 1996 which provides opportunities for low-income students to break the cycle of poverty and advance their education. He has also started Tiger Woods Design which designs golf courses around the world. Tiger Woods is available for sporting clinics, personal appearances, and endorsements. 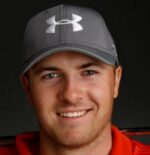