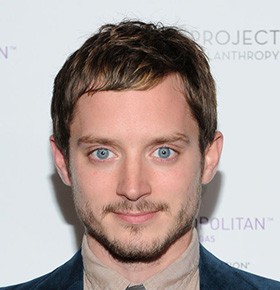 Although he is small in stature, Celebrity Speaker Elijah Wood certainly is one of the largest stars in American film.  Elijah is not a newcomer to fame, and has been involved in acting since he was a young child.  In addition he has maintained a versatile filmography by not allowing himself to be type casted into a select set of roles.  His fame as a chill actor allowed him the opportunities to appear in more advanced roles as an adolescent including parts in large films like Flipper and Deep Impact.

Celebrity Speaker Elijah reached national stardom in 2001 when he first appeared in the Lord of the Rings Trilogy.  Frodo Baggins became the signature character early in Wood’s career, and he is primary protagonist throughout the three films.  Elijah made it a point to not be specific to a single genre and took roles in movies such as Eternal Sunshine of the Spotless Mind and Green Street Hooligans.  Green Street Hooligans was an especially interesting role for Wood because he portrayed a violent soccer thug despite his soft and small stature.  Elijah has also ventured into the realm of voice acting.  His voice was used as the main character in the Academy Award Winning Films Happy Feet and Happy Feet Two. Elijah made his debut in a full-time television role in the dark satirical comedy Wilfred, where he has the uncanny ability to communicate with his neighbor’s dog.

In terms of philanthropy and charity, Elijah has contributed to numerous causes.  He is an extremely active participant for Art of Elysium and has appeared at many of their events as their celebrity DJ.  Elijah also has a craving for adrenaline, and in 2009 became the first person to ever cross Victoria Falls by rope.