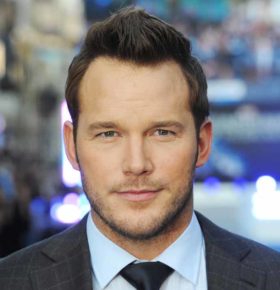 Chris Pratt may play Andy Dwyer on the hit comedy show Parks and Recreation, but in real life Celebrity Speaker Chris has a true love for the great outdoors; he is an avid hunter and fisherman. After growing up in the state of Washington, Chris got his big acting break while working at a restaurant where he met a director casting for their upcoming movie. After a short stint on The O.C., Chris went from the television screen to the big screen in the 2008 action thriller Wanted alongside Morgan Freeman, Angelina Jolie, and James McAvoy. In 2009, the actor joined NBC’s Parks and Recreation, whose ensemble cast already included Amy Poehler, Rashida Jones, Aziz Ansari, Nick Offerman, and Aubrey Plaza. Although he was supposed to be a temporary character, Chris’s success and charm earned him a permanent spot on the show. Since airing its first season in 2009, he hilarious mockumentary has received numerous Emmy and Golden Globe nominations, and went on to win Television Critics Association Award for Outstanding Achievement in Comedy. In 2012, Time Magazine listed the series as the number one television show in its end of the year superlative issue.

In between Parks and Recreation episodes, Chris manages to find time to act in major motion pictures. In 2009, he played in Anne Hathaway and Kate Hudson’s Bride Wars, and also had a supporting role in the acclaimed movie Moneyball, which starred Jonah Hill, Brad Pitt, and Phillip Seymour Hoffman. Another big break came for the Parks and Rec star in the Marvel superhero film Guardians of the Galaxy; Chris had a leading role alongside some of Hollywood’s most famed actors and actresses, from Zoe Saldana, Vin Diesel, and Bradley Cooper to Michael Rooker and Djimon Hounsou. In 2014, Chris landed another lead role in Jurassic World, the fourth installment in the Jurassic Park franchise. Chris was also awarded the CinemaCon Award for Breakthrough Performer in the same year.

Off screen, Chris is a family man; he is married to actress Anna Farris and together they have a son named Jack.