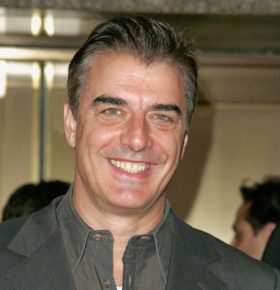 Actor and celebrity speaker Chris Noth has played several key roles in his 30+ year long career. With a few small roles in films like Baby Boom in the 1980’s, Noth’s career did not seem to take off until the mid to late nineties when he landed the role of Mr. Big on HBO’s hit primetime television series, Sex and the City. As the on-and-off-again boyfriend to the main character Carrie Bradshaw, Chris Noth appeared in about half of the series’ episodes throughout its six seasons alongside the show’s four main characters played by Sarah Jessica Parker, Kim Cattrall, Kristin Davis, and Cynthia Nixon. The series concluded in February of 2004 with Carrie and Mr. Big’s characters falling in love once and for all, destined to live happily ever after. For his role as Mr. Big, Chris was nominated for a Golden Globe for the Best Performance by an Actor in a Supporting Role in a Series, Mini-Series or Motion Picture Made for TV.

In 2005, Chris Noth joined the cast of Law & Order: Criminal Intent to play the character Detective Mike Logan. Noth starred in the series for three years before returning to his signature role as Mr. Big in the 2008 movie, Sex and the City, and in its sequel two years after, Sex and the City 2. In 2009 Chris Noth appeared as the former state attorney, Peter Florrick, in the premiere of the popular CBS primetime series The Good Wife. Noth’s character is husband to the show’s main character, Alicia Florrick, played by Juliana Margulies. In 2011 Chris received another Golden Globe nomination for his role on The Good Wife.