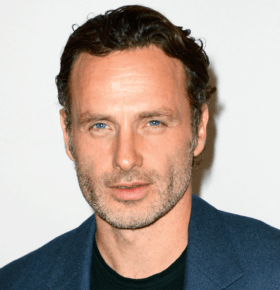 Andrew Lincoln played a huge role in making The Walking Dead the widely viewed show it is today. With his tough exterior and smart wits Andrew’s character kept fans captivated for the entire episode just hoping for the group to discover something or someone knew to help them survive another day.

Celebrity speaker Andrew Lincoln was born and raised in England. He received his fist speaking role in high school when the school put on “Oliver Twist”. He would go on to spend the summer at an acting camp and find his love for the entertainment business. This gave Andrew the confidence he would need to secure his first formal role in what is known as This Life where Andrew played Egg Cook. His most notable role came in 2010 when he was asked to play the commanding role of Rick Grimes on The Walking Dead. The suspenseful, drama filled television series kept fans coming back each week for hour-long episodes with its tough action scenes and gritty dialogue between rival characters. According to AMC, its home channel, it is the most watched drama in basic cable history. Andrew, along with co-stars Norman Reedus, and Steven Yeun have made this possible. The show ended season four in early 2014. There have been speculations that the production of season five is in the works, however only so much has been revealed by editors and producers. Andrew also has directing talent which was displayed during the show Teachers. He was nominated for a BAFTA awards for best new director because of this. Andrew’s professional career will continue to grow from the over 30 television and film projects he as been a part of, as well as his directing work.

Besides The Walking Dead, celebrity speaker Andrew has acted in other television shows and movies including Drop the Dead Donkey, Teachers, and the Afterlife. He has been nominated for several awards because of his acting talents such as Critic’s Choice Television Awards, Saturn Awards, and Scream Awards all for his work with The Walking Dead.